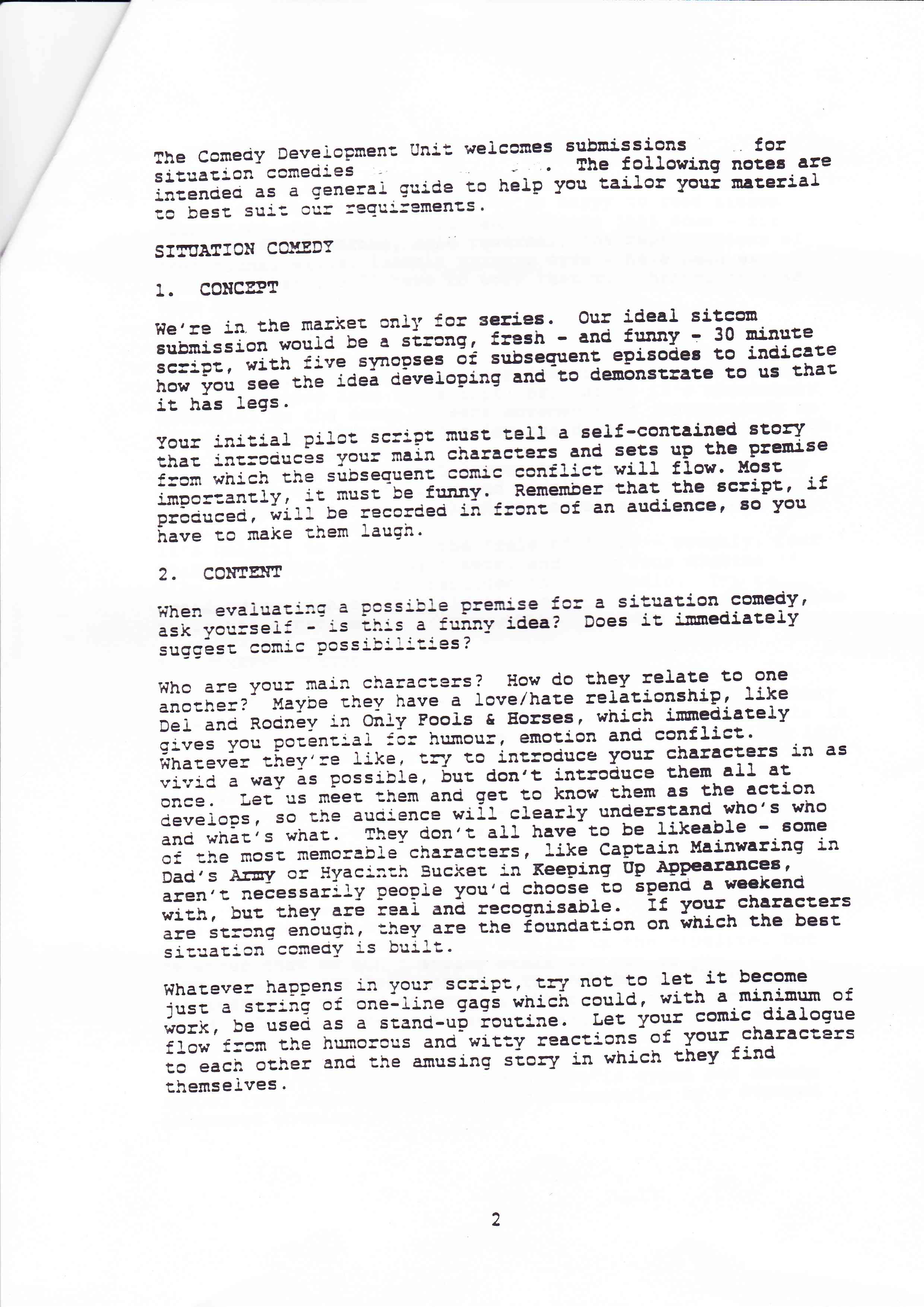 There was a time I thought it perfectly reasonable that I, as a fourteen year old, should be submitting unsolicited sitcom scripts to the BBC. At some point, I must have written off and asked them for a copy of their guidelines, which they duly sent. I then proceeded to send them scripts, and get little postcards back to say they had received them. (Click the images to see them full size). 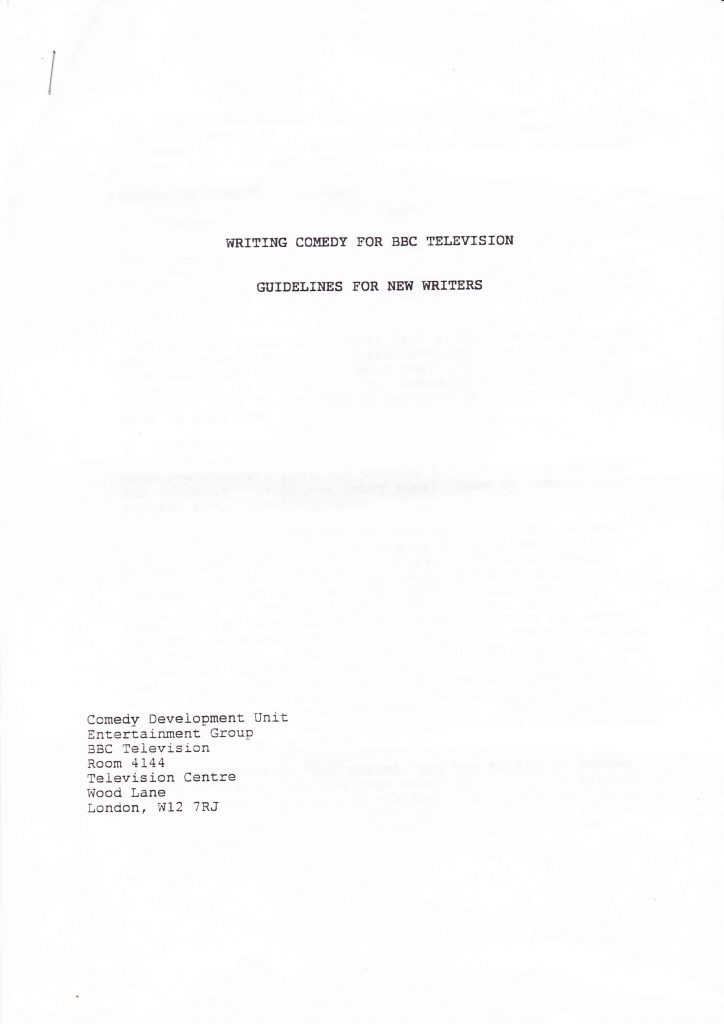 And then, when the inevitable (boilerplate) rejection letters arrived, I would write back and ask them why they didn’t want to make my scripts. And to their credit, they often wrote back and explained their decision to my bewildered acne.

One such explanation was that my latest script had been rejected because the BBC had just made ‘something similar’ … and my teenage brain deduced a few weeks later, when it aired, that this ‘something similar’ must be Game On. For this reason, and this reason alone, I didn’t watch Game On … and still haven’t watched it to this day.

Anyway, here are the guidelines from the BBC Comedy Development Unit, circa 1992(ish). 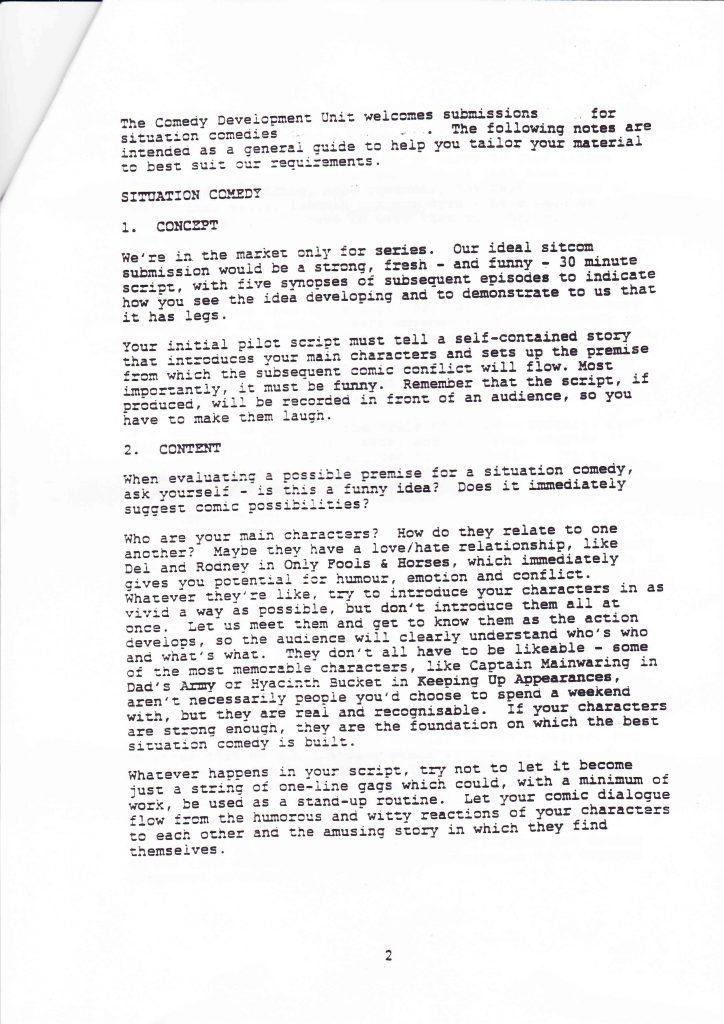 It looks like they’ve Tippexed out something at the top – probably a reference to sketch material. It’s all pretty sound advice, and it’s interesting to note that back then there was no question that a sitcom should be shot in front of a live studio audience. 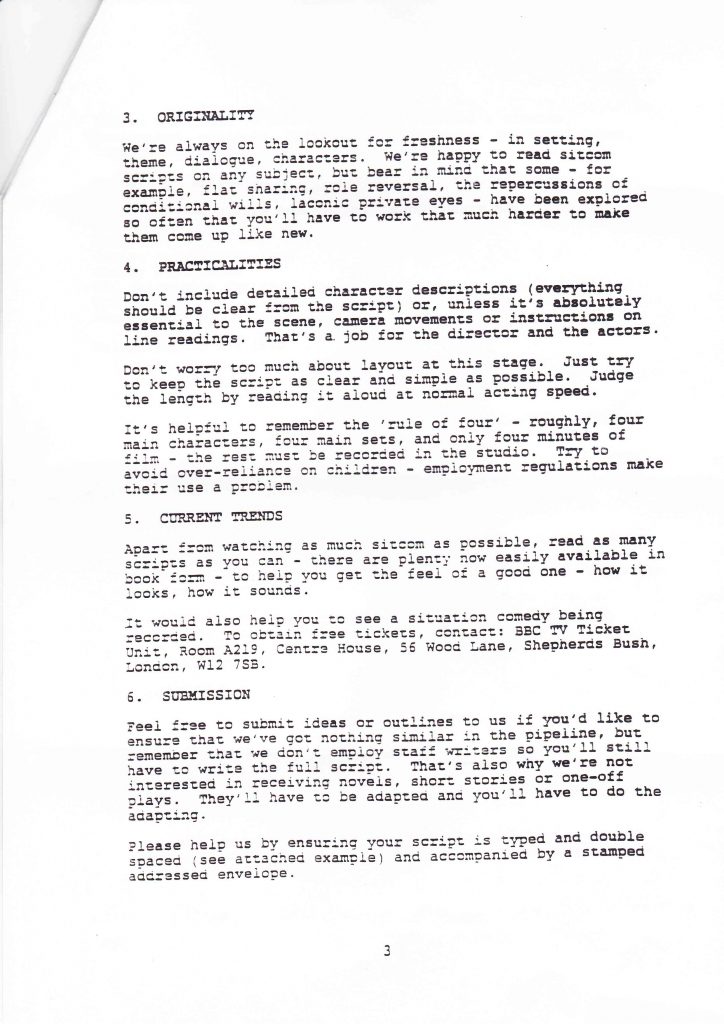 The idea of the rule of four here is interesting. Four main characters, four main sets, and only four minutes of film (that’s when they used to leave the studio and shoot on actual film stock). 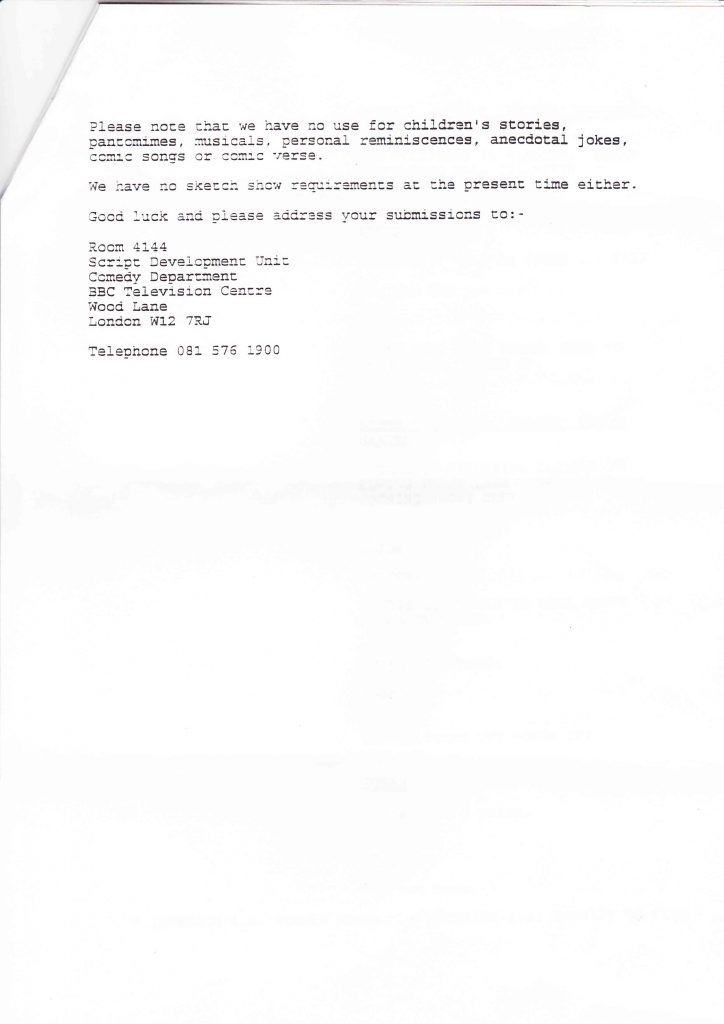 That Wood Lane address held so much romance and appeal to me when I was young. I wish TV Centre was still in use.

There’s even a little sketch to show me how to layout my script. 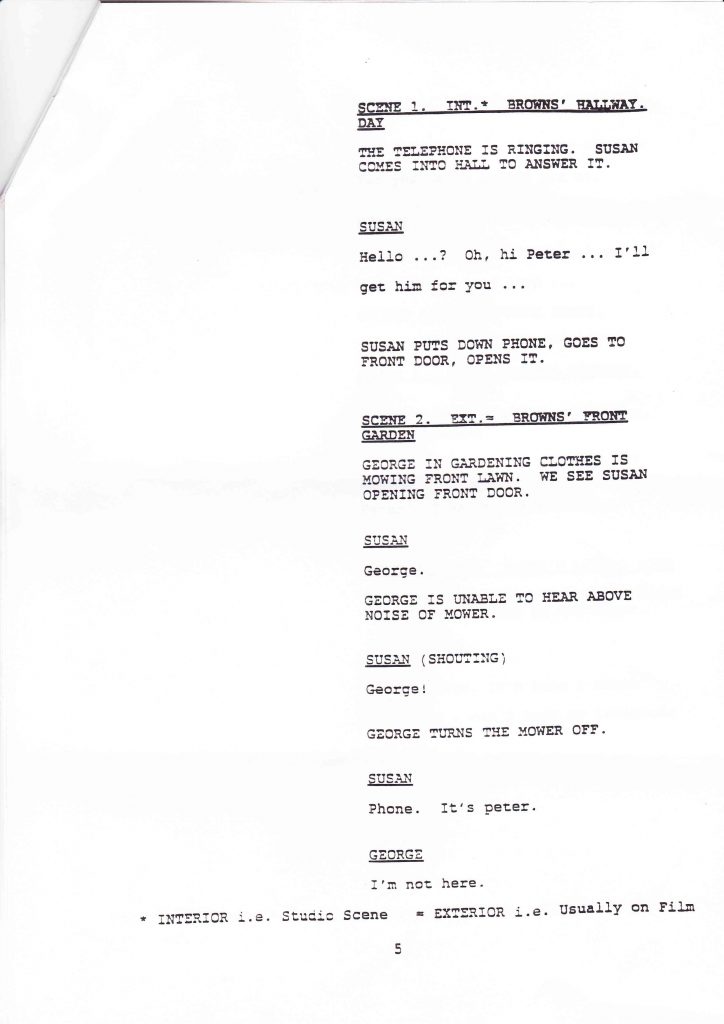 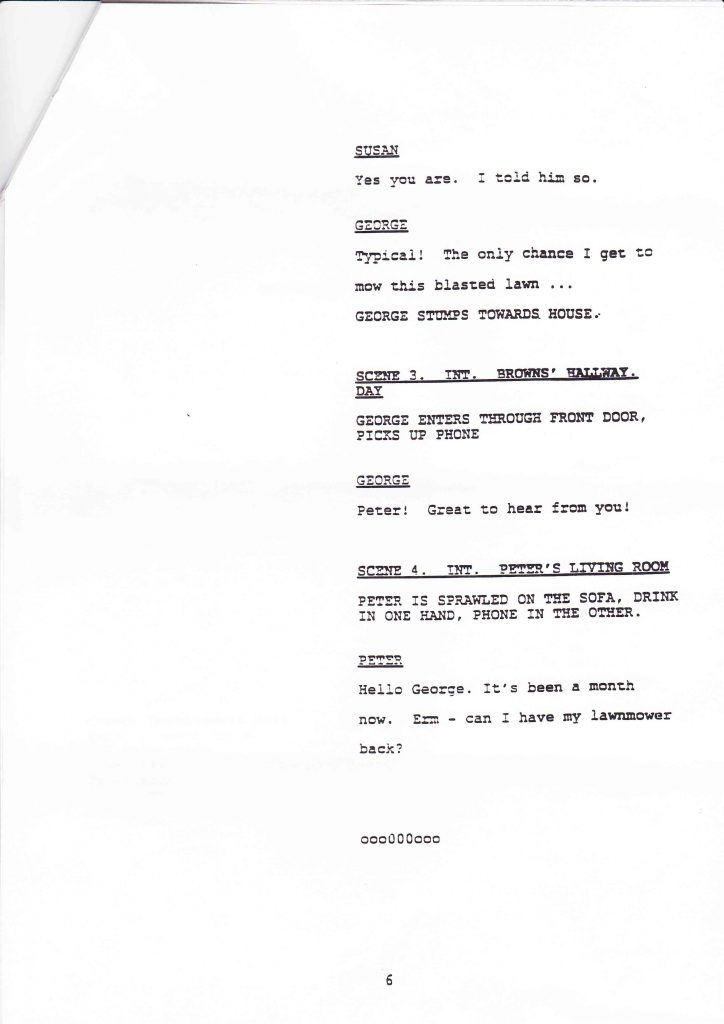 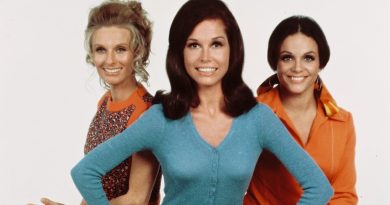