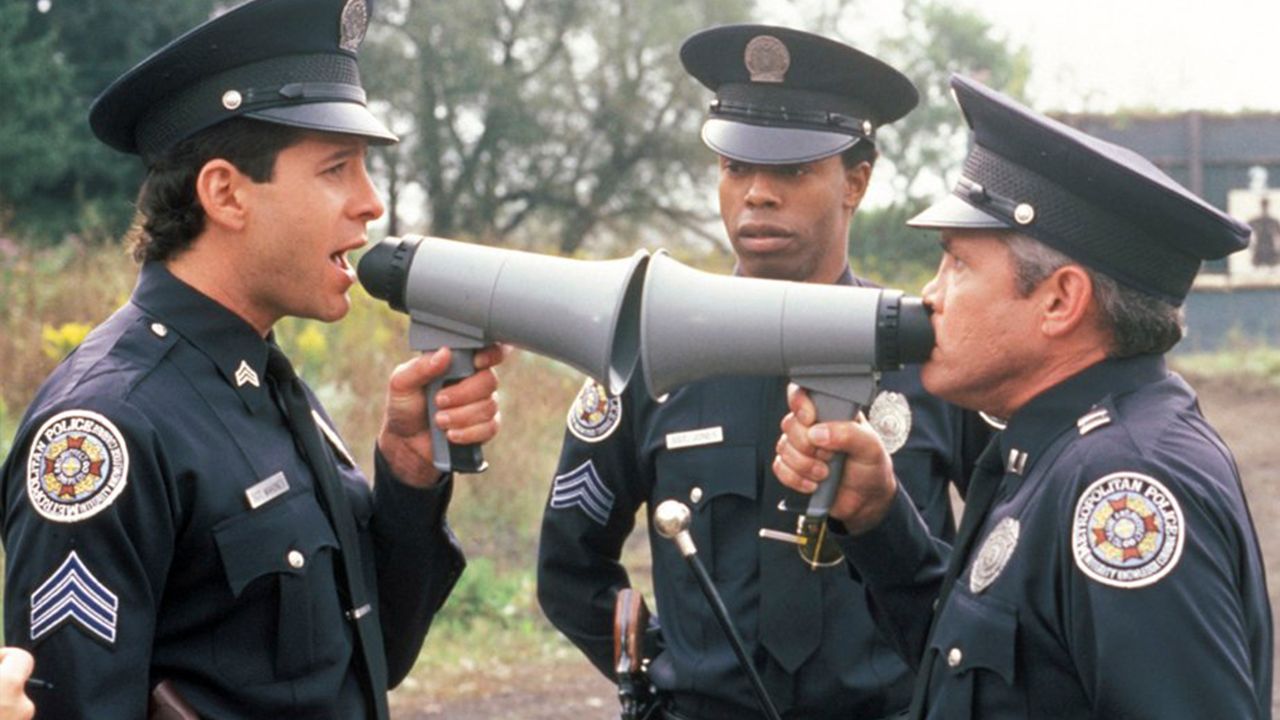 Weird what lines from which movies stick with you isn’t it? Like this one for example, when Zed recites his poem in Police Academy 4: Citizens On Patrol.

So, I knew that there was an animated series based on the movies …

But I totally missed that there was a live action series in 1997. They made 26 episodes, and Micheal Winslow starred.

It amuses me that there’s an actor called Proctor.

And if this image doesn’t make you giggle, I don’t even want to know you.