It will come as no surprise that there’s a lack of sitcoms beginning with the letter Q.

That’s Queenie’s Castle, created by Keith Waterhouse and Willis Hall. It starred Diana Dors, and ran for three series on ITV at the start of the 70s.

So it’s inevitable that the treats behind today’s door are a little left of field. Namely, the other sitcoms of Caroline Quentin.

Let’s unwrap Don’t Tell Father, the BBC sitcom that ran for one series in 1992. Written by Roy Clarke, and directed by Harold Snoad, it also starred Tony Britton and Susan Hampshire.

We’ve seen Dream Stuffing on this site before, but we didn’t note that Quentin appeared in it as Brenda.

Quentin also appears in an episode of Paul Merton In Galton & Simpsons … called The Missing Page – a remake of the Hancock’s Half Hour story, with Quentin playing the Sid James role. 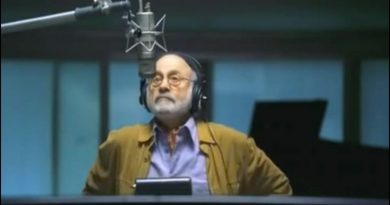