Vic Malone could feel the end in sight.

Vic reached into his pocket and pulled out a smoke.

As he choked on a Camel, he decided that once he caught the Beast, he was leaving this city. Once and for all. For good. Maybe even the whole winter.

It was snowing now, and giant plumes of smoke vomited up from the sewers. A thin layer was already gathering on the crime bitten streets, and somewhere out there, the Beast was writing his name in that snow. With blood. Someone else’s blood.

Vic’s feet had walked him miles before he shook himself from the reverie. Looking up, he saw he was in Times Square, lit up like a Christmas tree by the half million light bulbs that were trying to sell him shit he didn’t need. But there was nothing a light bulb could offer Vic that needed right now. It was dark in Vic’s world, and he needed some illumination.

A line of hookers was forming in front of Vic, each eager to offer him a freebie. He palmed them off.

No time for cheap head, that wouldn’t clear his head.

Nor would a throat full of Jack.

Sex, alcohol and smokes weren’t working tonight. What else was left?

The Bay Area Bow and Arrow Beast was walking these same streets tonight. But he wasn’t as macho and masculine as Vic, and wouldn’t be able to stand the cold. That meant he had to be holed up inside somewhere. And killers like Mick Valpone didn’t exactly have friends or family they could rely on. So he would go somewhere he knew, somewhere that massaged his sick ego.

A past crime scene? Maybe, but not after Vic had foiled him once before on that front. The Beast was an idiot, but he wasn’t exactly stupid.

Just then, the City began to speak to Vic, like a lover spurned. It whispered in his ear, trying to win back his affections. It wouldn’t work, but this careless pillow talk was paying out and Vic was going to cash in the chips. The giant advertising hoarding over Times Square blinked a new commercial. The bright billboard screamed the answer at Vic – tonight was the opening night of the new Medieval London Bow and Arrow Exhibition at the Smithsonian Rockerfeller Art Gallery.

Vic smiled at the irony. The Beast would be in the same place he’d got the weapon with which he was going to kill the Beast. Vic silently thanked Shugg Jackson, then hailed a cab.

Only halfway to his destination did he realise that he’d left his wallet back in his apartment when he hurled himself out of the 72nd floor window. But as the cab pulled up outside, the driver said it was on the house, and always would be for Vic Malone. Maybe Vic would have taken heart from the kind act of a citizen, but he knew for a fact that driver would probably rape three passengers later on tonight.

Vic snorted the vile stench out of his nostrils, pulled his trench coat tight around his neck, and drifted through the snow towards his final encounter with the Beast.

The gallery was dark. Silent. Empty.

His footsteps echoed all around the cavernous building, as he slowly made his way to the exhibit. This was no covert operation, the Beast knew Vic had his weapon in hand and was coming.

Vic had one bullet in his gun, and that’s all he needed.

And there he was. Standing at the end of the room, on a pedestal, hands on hips, mask on face, cape swishing in the breeze. Brandishing his Medieval London Bow and Arrow with arrogant insouciance.

Vic’s lip snarled into a sneer as he noticed there was still blood dripping from the arrow tip.

“Vic Malone,” the name echoed around the gallery, “I knew you’d come.”

And calmly, the Beast lifted his bow and pulled back the string, taking careful aim at Vic’s head. With a slow and deliberate move, he released the arrow, sending it sprinting through the air, propelling dangerously fast towards Vic.

Vic caught it and snapped it in half with one manly hand.

The Beast’s arrogance deserted him and he began hurriedly to reload the bow. His haste was making him stumble and inept.

Vic slowly walked towards him.

The sick bastard was panicking now, nearly losing his footing and toppling back onto the giant stone bow and arrow that was the centrepiece of the exhibit. The arrow twanged from the bow and shot through his foot. He let out a piercing scream, as he tried to tug it out and load it up again.

The Beast let off another shot, but in his panic missed by a good three feet, sending the arrow crashing through a glass case.

Vic pulled out his giant weapon.

The Beast gripped his fingers around another shaft.

Vic sneered and cocked his gun, chambering the bullet.

Vic pulled the bullet from the chamber, and idly tossed the gun to the floor.

Vic fingered the bullet with menace as he strode towards him.

The Beast launched another arrow. It went straight through the flesh of Vic’s shoulder and out the other side, embedding itself in a stone column.

The Beast shat his pants.

In one smooth but powerful move, Vic hurled the bullet through the air, hitting the Beast square between the eyes, the impact sending him flying off balance, and back onto the giant concrete arrow tip.

That’s when the cop’s arrived.

Too late as always.

Vic strode past them on his way out, the Beast in the background, hanging limply in the air.

“You want we should take him down Vic?”

“Anywhere but here,” he growled.

And with that, Vic Malone disappeared in to the night.

Find out what happens in the rest of Rotten Apple, now available on Amazon UK or Amazon US. 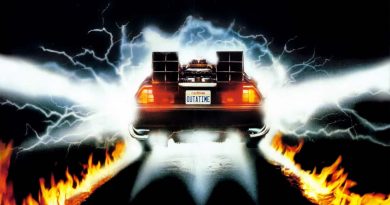 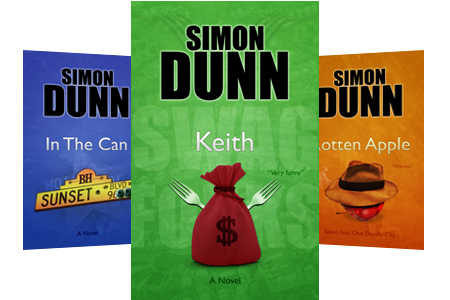 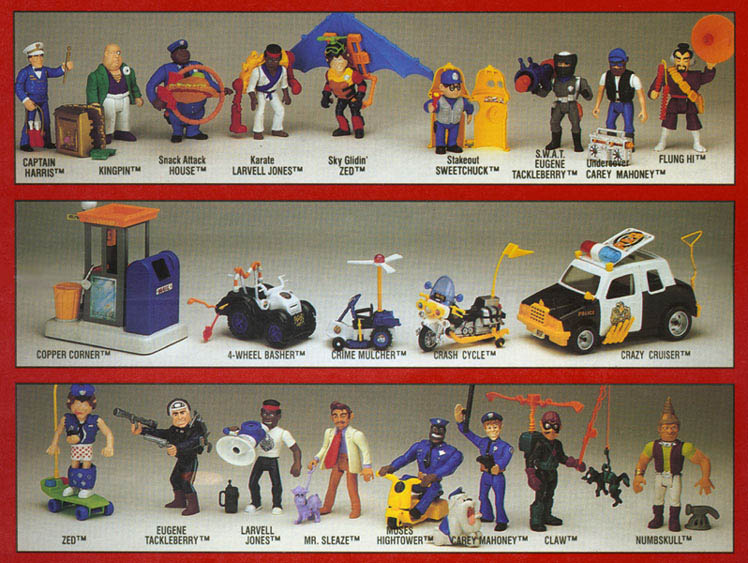