It’s that (most wonderful) time of the year again, where advent calendar theming means blog content creation becomes a little easier for a month. It won’t always be sitcoms per se, but comedy in general, and I won’t always do the number thing.

Let’s begin though with the short-lived CBS sitcom First Impressions, which was promoted like this.

Looks like noted voice artist Frank Welker was in this sitcom, which was built around the impressionist Brad Garrett. It only lasted eight episodes.

We could have also found First Of The Summer Wine behind this door. The title speaks for itself.

Equally One Foot In The Grave could have been hiding back here.

Or less likely, this.

That’s a bit of One For The Road, a Channel X production for Channel 4, from 1995. Looks like a neat concept to me, with Alan Davis sending back travelogue tapes from his adventures abroad. He plays Simon Treat, and the show was written by Gary Sinyor. 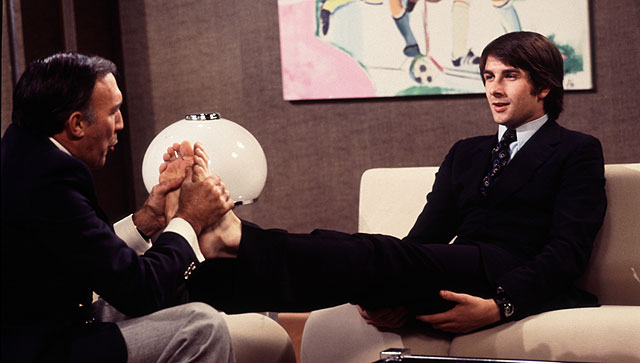