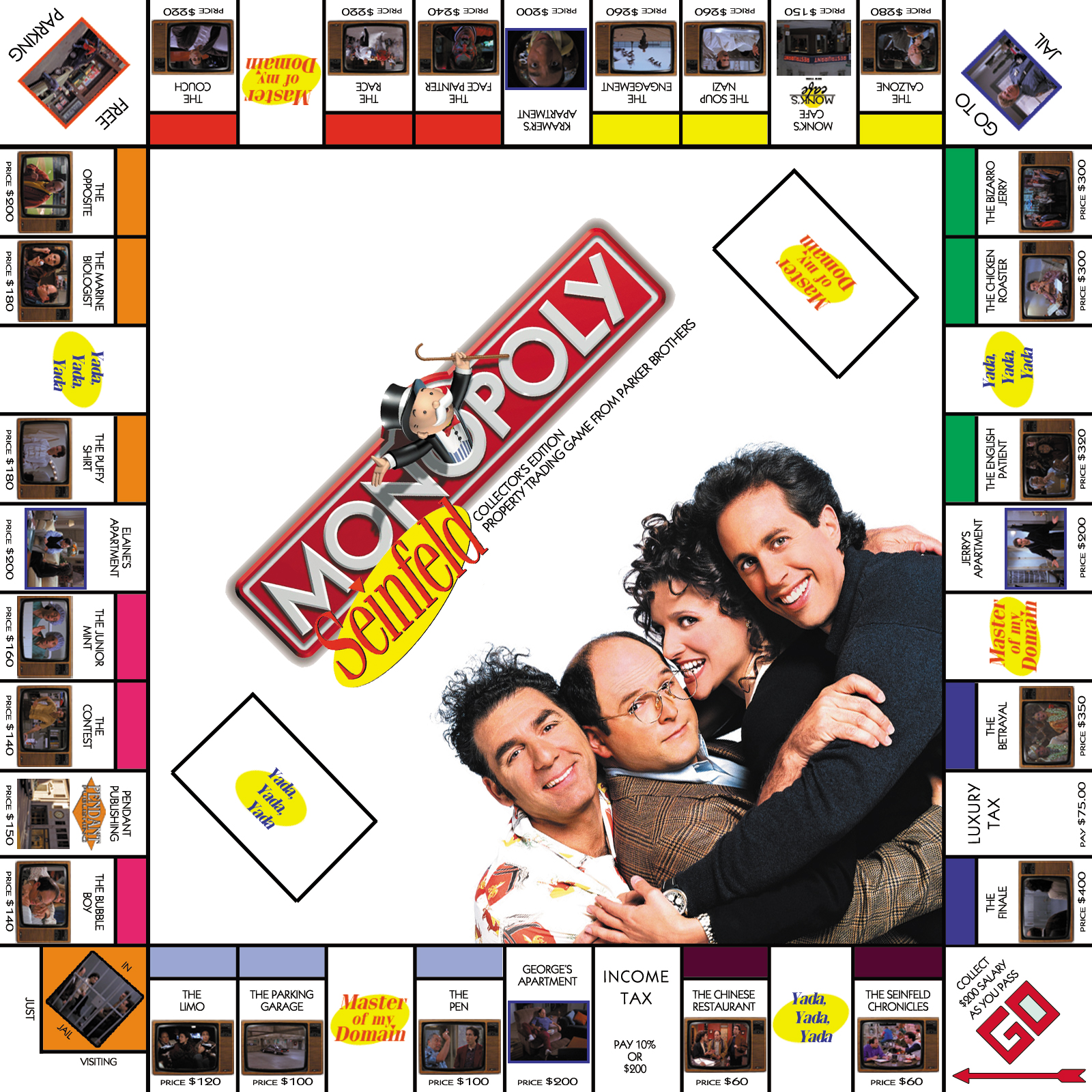 Monopoly is wrong on so may levels, not least because most people play it wrong, and that its elimination aspect is anathema to a socially inclusive evening of fun, but also because there are so many better board games to play.

It offends my sensibilities so much.

The box is the wrong shape. Board game boxes haven’t looked like that for decades. It also appeared to have two different boards over its lifetime. 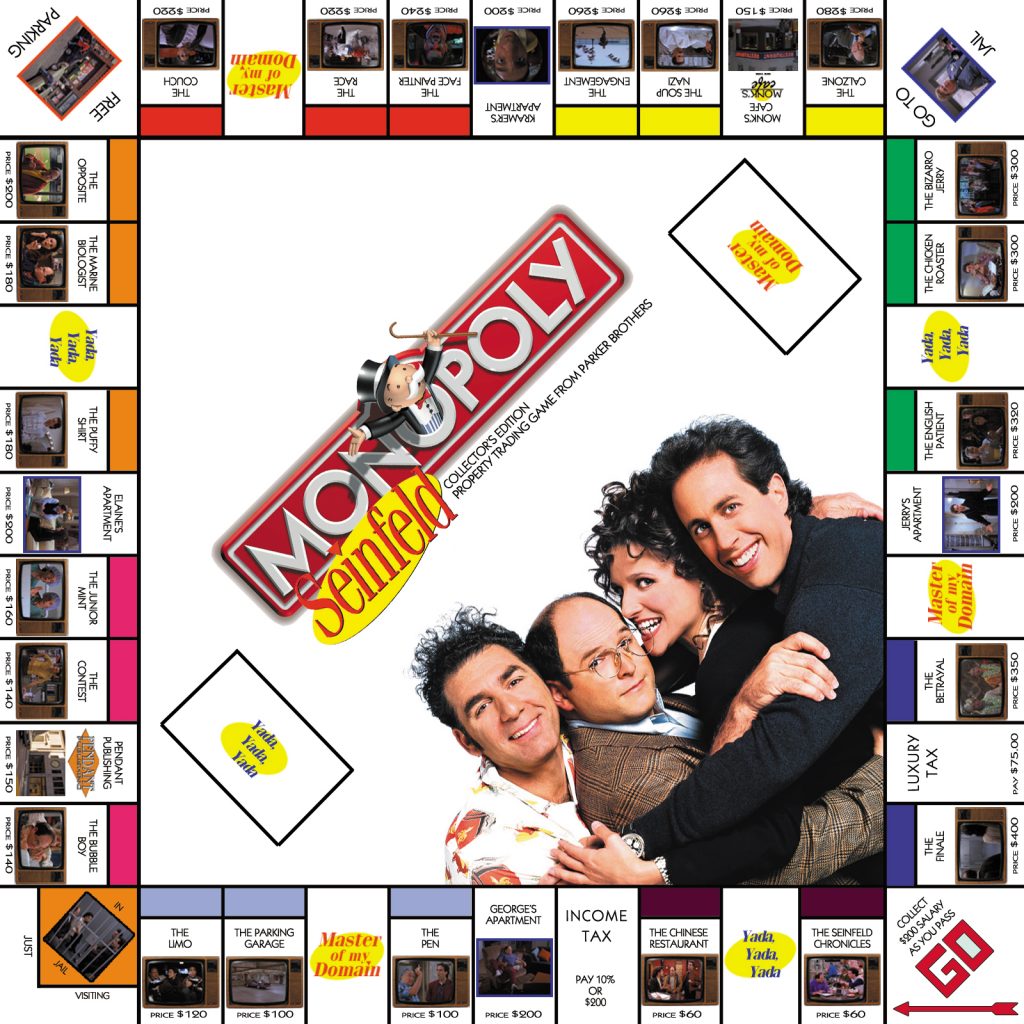 I’m guessing this one was replaced when they remembered what Master Of My Domain actually means. 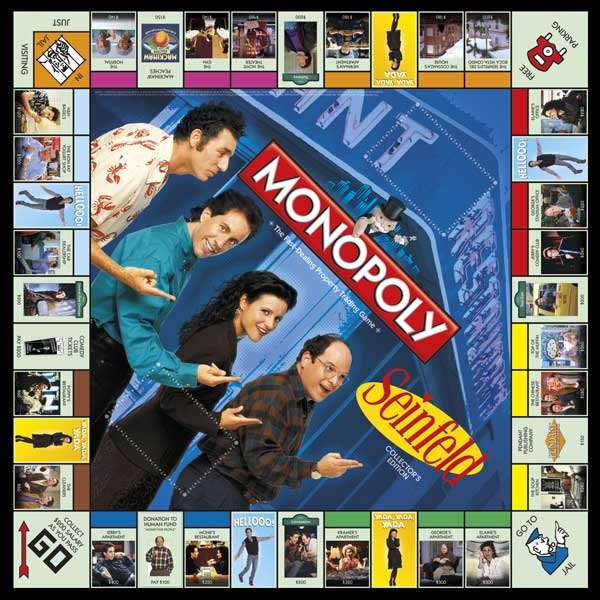 (Unless that first one is a fan made image, who knows?)

There was also a Seinfeld Cluedo game.

Newman probably did it.