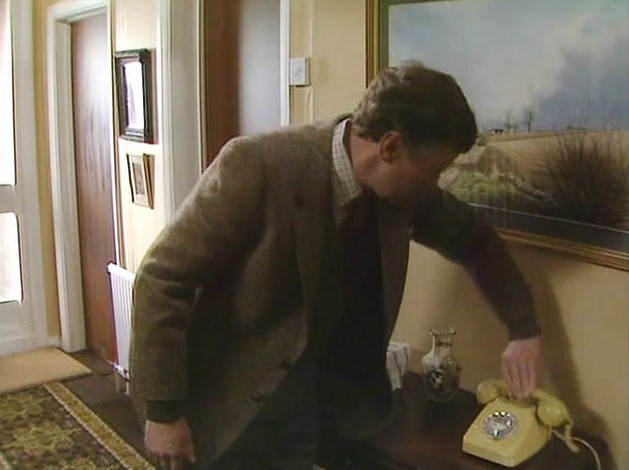 John Esmonde & Bob Larbey know how to quickly establish a character, and they know how to do it with some elegance. Here’s the opening two minutes of the first episode of Ever Decreasing Circles:

There’s a lot going on here, both with the dialogue and the visuals. Whilst Martin’s lines give us an idea of who he is, it’s the business around him that tells an even better story. The body language of the children, the removal van, the way he wipes his feet, the untangling of the phone.

And then the topper.

He turns the phone around.

In that one moment, we learn everything we need to know about Martin Bryce.

I’d be interested to know if that action was in the script from the very first draft, or if it crept in later. Either way, it’s such a defining moment that Martin will be doing it every time he passes that phone on screen. It also tells us a lot about Ann, who is probably popping it back the other way to wind him up.

A review on Mounds & Circles sums it up for us:

Martin is an amazingly contrary character brilliantly essayed by Briers: kind and cruel, loyal and despotic, moral and underhanded, rigid in his beliefs and desperately insecure. His OCD asserts itself in his clipboards and graphs and wall charts, and wiping his feet twenty times before he enters the house. A running joke is his inability to leave the telephone receiver facing the ‘wrong way’. It always gets a laugh, but there’s something deep seated and slightly disturbing about the desire for that level of control.

If you can show us your character, without actually telling us, then do it. In fact, strive to do it as much as you can. Fitz fretting over the phone as a horse race is run, puffing on a cigarette, then hurling books at students with disdain establishes him in an instant. Indy solving and bumbling his way towards a long lost idol at the start of Raiders of the Lost Ark is another great example.

About Writing: Just Write One Sentence 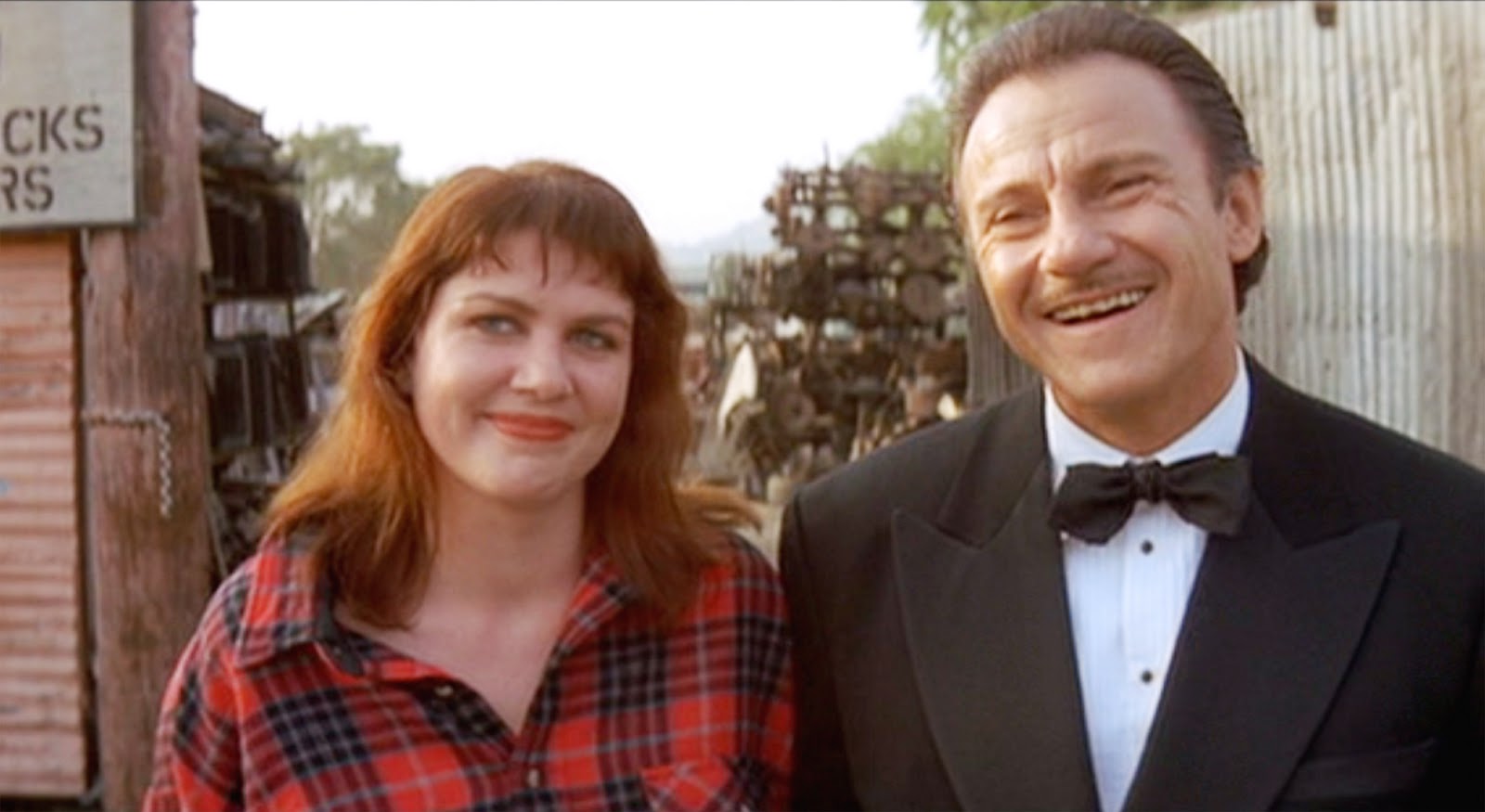