I thought that writing something in a deliberately bad writing style would be liberating. And to an extent, it was. It meant it was very easy to go with my first idea for a plot, twist, scene or line of dialogue more often than not – but it also had another counter-intuitive effect. It highlighted the non-deliberate bad writing even more than normal.

Moreover, it made that non-deliberate bad writing hard to ignore. It just pointed at it and said “Look, LOOK. You’re doing exactly what you’re mocking, you twunt.”

That said, it provides a lovely wall to hide behind. If anyone points out a bit of bad writing, I can simply lie and say it was deliberate.

Another thing I learned, and maybe not to my advantage, is that clichéd plots have their own built-in structure. Their three acts are just there, staring right at you, the moment you think about it. They wave at you from their set-ups, dance up and down on their midpoints, and kick you so hard in the arse you can’t help but stumble in to their resolutions.

I did baulk at some of the characters I met along the way. Shugg Jackson for one. He was very one-note, even by this world’s own standards, and I felt compelled to add another layer to him that probably wouldn’t have been there in the worst excesses of the genre. But I came to like Vic Malone quite a lot.

Anyway, time for the inevitable plug.

Or from Amazon USA.

And no, you don’t need to buy a Kindle to read it, your PC will do just fine. 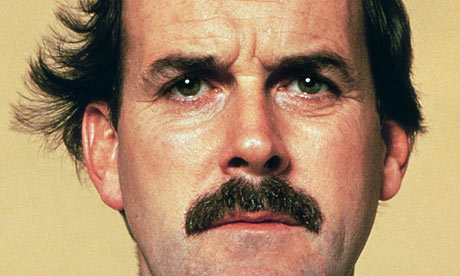