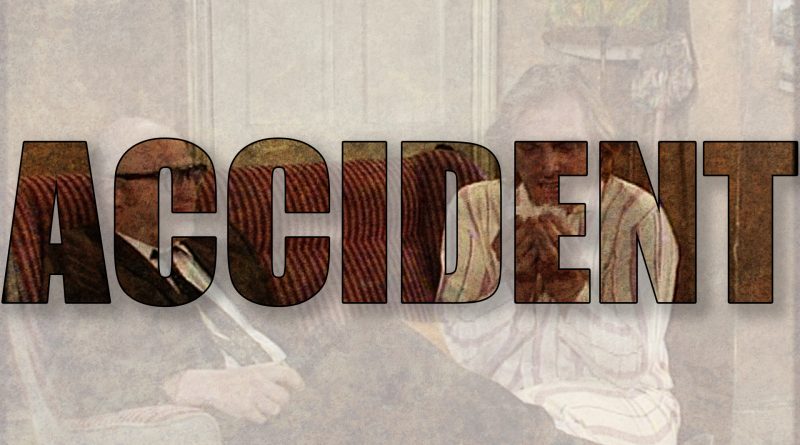 Bottom is at its most pure, and often its most brilliant, when it’s just Richie and Eddie stuck in one another’s claustrophobic company. It’s testament to the writing though that the show can expand and grow as needed, and the way this is best achieved can be seen in the final episode of the first series, Accident.

Even though the action all takes place in the flat, mainly the kitchen and living room, this show seems a lot bigger than the other bottle episodes.

This is done in a rather elegant way. Accident opens with an extended scene featuring just Richie and Eddie, before Spudgun and Hedgehog join them, and finally the flat is jammed full of people. It’s a progression that seems natural and works well.

Accident is a great episode, but not one that sticks out. I wonder if this is because of the more expansive nature of it.

Let’s wander through it together now.

I know I keep talking about the grottiness and bleakness of the set, but it always has something new to discover. Look at this lightswitch.

The whole sequence with the birthday cards is quintessential Bottom. Richie being his usual obnoxious self in an effort to diguise his massive shortcomings and loneliness, and Eddie pushing him as far as he dares. Ade’s exasperation is pitched perfectly, and Rik’s exuberance equally so.

I’m always drawn to board games, and the two that jump out this episode are Orient Express and Buccaneer.

Orient Express is a Cluedo style murder mystery game, and Buccaneer is a pirate-themed roll and move game. I bet some of their compontents are missing, and Richie always cheats at one, and doesn’t know the rules of the other.

This line gets a laugh, but it cuts right to the bone of Eddie’s relationship with Richie.

And a few moments later, we get the final breaking of the fourth wall of the series.

The whole Madame Swish run is brilliant. Characters talking at cross purposes is always a good comedy conceit, and here it works so well. It’s the escalation that does it. And the way Ade rides the laugh after the red hot tip line is a masterclass. Likewise, Rik rides an equally big laugh when he drinks the ‘sherry’ later.

I know this line shouldn’t be as funny as it is, but I don’t care, it really is good. The delivery helps too.

Bottom manages to seem timeless. A lot of that is due to the arcane language, and the already massively outdated set dressings. So it’s really odd to see some proper 1990s cars in this moment.

I asked on Twitter if anyone knew where this was shot? Turns out it’s the High Street in Aldershot. (Thanks to everyone who replied).

I think this is one of the most honest moments of self-reflection we ever see from Richie, and it’s a little heart-wrenching, even though not enough to excuse his vile behaviour. Rik’s performance again is spot on.

Let’s take a moment to acknowledge just how good Christoper Ryan is. He gets a bad rap for Mike in The Young Ones, but he IS Mike, and he’s great as Mike. I don’t think Pete Richardson would have been good in that role. And here, as Hedgehog, Ryan is brilliant. He’s got some of the best lines in the whole show. Steven O’Donnell is good as Spudgun too.

Before we go, take a look at Mark Williams’ outfit. That greasy hair. The far too tight top, and far too short trousers. The red socks. 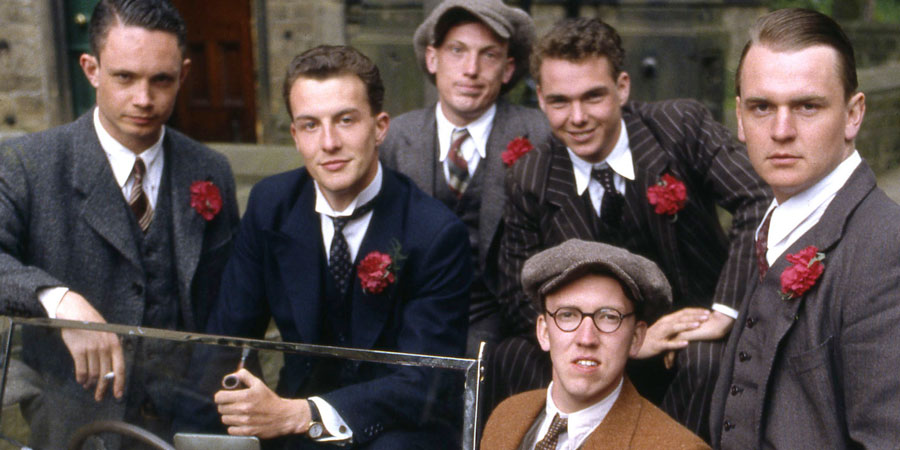 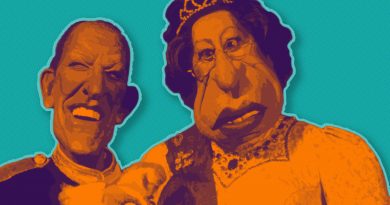 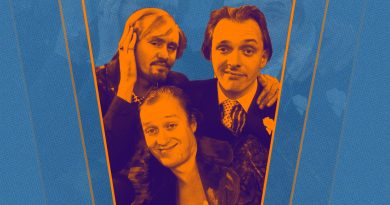