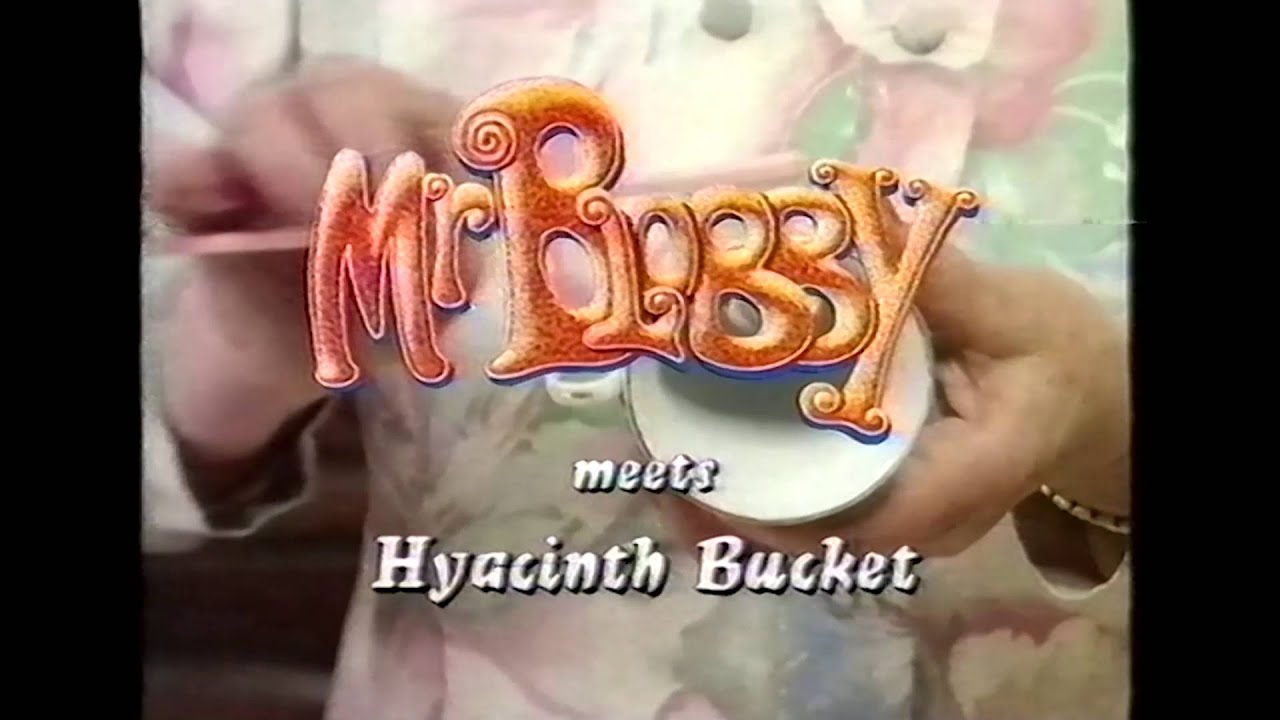 Here’s one the best physical comedians meeting one of the worst.

Why would you just have that pink-suited twit pratting about the set, and not use Routledge’s skills in any way whatsoever?

The most remarkable thing about the clip is that the window at the back of the kitchen opens.

It was never used in Keeping Up Appearances (as far as I remember), and it should have been. Hyacinth popping through it as an afterthought and scaring Elizabeth would have been a showstopper.

Anyway, the sketch is from the VHS sell-through Blobbyvision, which was released in 1994, as a sequel to his first tape that was the biggest selling BBC tape at that time. Then it aired as part of the Noel’s House Party show you can see in the clip.

Dawn, Stephen, and Hugh on Wogan