They sail across the dunes, crashing through waves of sand, their tattered sails somehow catching a wind that isn’t there. Their hulls are rotting, or rusted, and if you squint a little, you can see right through them. That’s not from the decay, that’s their ectoplasmic field.

The desert of ghost ships appeared a few years ago.

At first, they just sat on the dunes, lilting to one side, slowly decaying in the sun. No-one knows where they came from. No-one could find out either.

They stood there, unmoving, wisps of sand whipping about their rotting prows. Shredded sails hung limply in the air, the massive propellers on the engined ships rusting into oblivion.

And then, something stirred.

Slowly, tentatively, the desert of ghost ships began to sail.

It was almost imperceptible to begin with. Maybe an inch a day. Maybe it was the dunes moving that moved them. We might have thought that then. But soon they were moving faster, sailing at full pomp, up and down the dunes, tacking and racing one another.

It was quite the spectacle. At first. Helicopters flew around, beaming pictures to the world, and we all watched in silent awe.

And then they swept from the desert, surging through towns and cities like a tsunami, a ghost fleet dragging the desert behind them in their wake.

They didn’t know the damage they were causing. They were frolicking, loving their jaunt around the globe, even as Manhattan turned to dust. They turned the world into their playground, and killed us all in the process.

The desert of ghost ships consumed the planet. 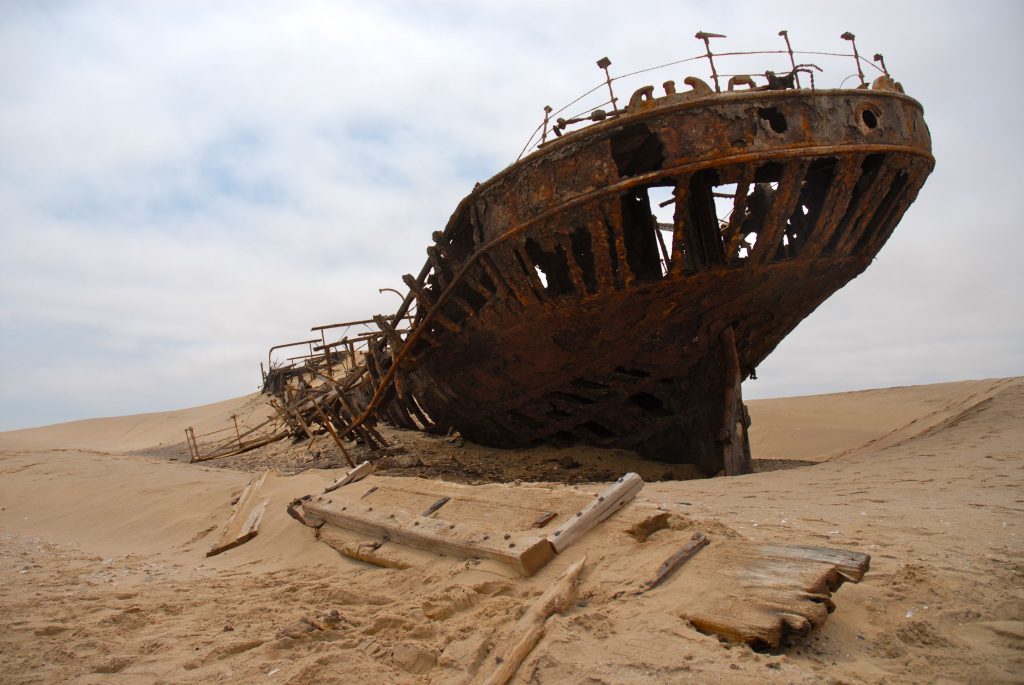