There was a strange thing going on, she had noticed.

The news was full of bad, weird, or shocking stories, one after the other, piling on before anyone had time to process the new information. And it wasn’t like before, it wasn’t news as filler. This was all proper, legitimate, news-worthy news.

And the effect was startling.

At first, she’d heard people talking about how numbing it all was. How each new nugget of scandal seemed to normalise everything before it.

It wasn’t a fatigue, so much as a fugue.

The more one watched the news, the less one did.

But there was more to it, Kate knew. Deep down, somewhere inside, she had a feeling that something else was going on.

And so she did her job.

She looked into it.

And what she found was the biggest story ever.

A company had been making computer chips. Lots of them. So many of them in fact that the chip only cost a few pence to buy. And the chip did something that other companies liked. It somehow put a little extra sparkle on their displays. Made them a little crisper, a little brighter, a little more vibrant.

And for a few pennies, even the cheapest of displays could look really good.

So the chip found its way into screens all over the planet.

If anyone had looked at the firmware though, what they had found didn’t seem to bother them. Which is why, Kate suspected, no-one had.

What bought her to this chip was long and convoluted, and she didn’t have time to explain the route she had travelled. Once enough experts had confirmed her suspicions, the story was ready to break.

And news outlets everywhere found the story as sensational as she had dared to hope.

That was the problem.

Headlines broke around the world, all at once, about the little chip inside our screens. A little chip that did something to the picture to make it a bit brighter, a bit crisper, a bit more vibrant. And also embedded a series of light pulses and hidden images designed solely to make us stare at our screens and do nothing.

And the more we watched our screens to gawp at the sinister story of the chip, the more it had an effect on us.

The whole of the human race came to a grinding halt, staring at their screens. Even the newscasts everyone was watching now just featured shots of the presenters staring at their huge screens.

Then, when no-one was looking, I put on my goggles, and emerged from my workshop. The workshop where I had made the chip.

I stepped out into the paralysed world of people doing nothing.

I smiled, then realised I didn’t know what I was going to do now.

With a sigh, I let my eyes drift to the nearest screen. It was all a bit dull, and muted, and I realised the goggles were making it that way. So I took them off, and settled down to watch the news. 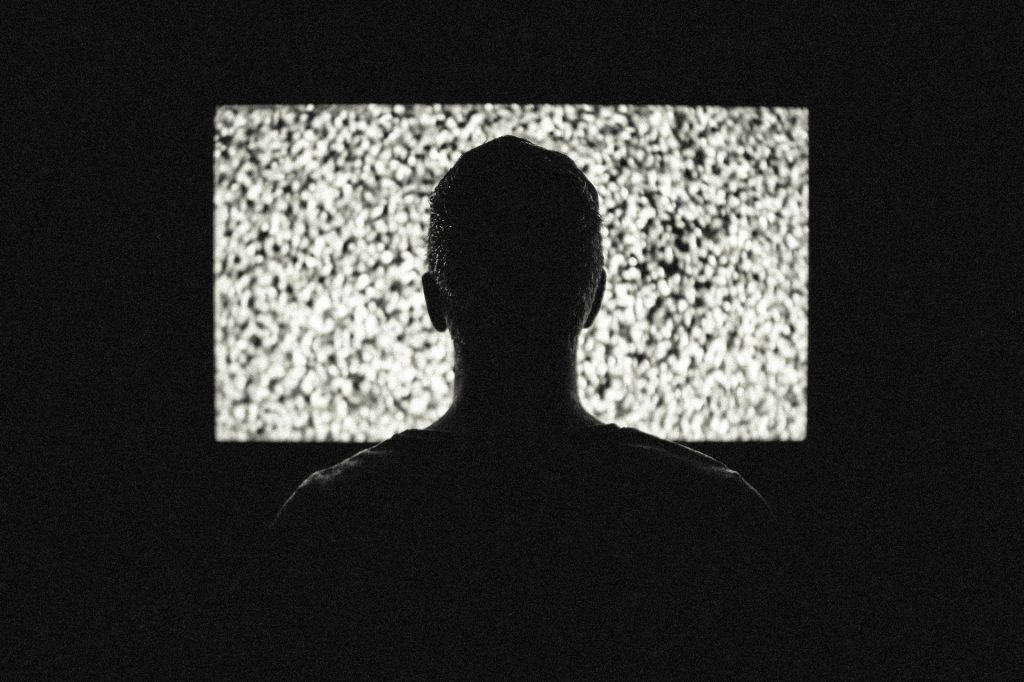