I first noticed the old woman about a year ago. She just sat there, staring at something in the distance, perched on a fallen tree, her back seemingly to the rest of the world.

I asked around, and it turns out she’s been there ever since anyone can remember. Day and night, people pass her, see her in the distance, shrug that she is there again, and move on. But adding it all up, it occurred to me that she never, ever, moves.

The world carries on around her, paying her notice every now and then, but mostly just leaving her to her own thing.

It amazes me that no-one has asked the question.

What’s she doing? Is she okay?

And the more I asked about her, the more people became annoyed at me. They felt like I was accusing them of ignoring an old lady. I guess I was in  way, so I stopped asking, and watched her from a distance.

I guess it’s creepy in a way, but it would be even creepier if I was a bloke I suppose.

Anyway, I’ve decided to do something more than watch. I need an answer. What’s she doing? Why doesn’t she ever move? I’ve been sucked into the mystery too deep. I spend too much of my day just watching her, and it has to stop.

It’s a weird feeling, like a mix of nerves and excitement. The closer I get, the more intense it all becomes. She’s only a few feet from me now, and it’s like everything behind me no longer exists. I know there a road back there, and beyond that my house, it’s just, I can’t hear the traffic, or feel its presence. All that matters is what’s in front of me.

So close now I can hear her breathing. She sounds content. It’s not cold here, or damp. It’s the perfect temperature. I can see why she doesn’t want to move.

I’m settling down next to her. Her skin if pale, papery, wrinkled. She smells of lavender. Her eyes are fixed on the distance. She knows I’m here, but she doesn’t care.

“What are you doing?” I just asked, hearing a frog in my throat croaking through the words.

Her bony wrist slowly rises into the air, a thin, wizened finger extending and pointing.

I look, and see a man sitting on the ground further into the woods. His back is to us, and he is staring at something in the distance.

Together, we sit in silence, watching him.

There doesn’t seem to be much point in doing anything else ever again. 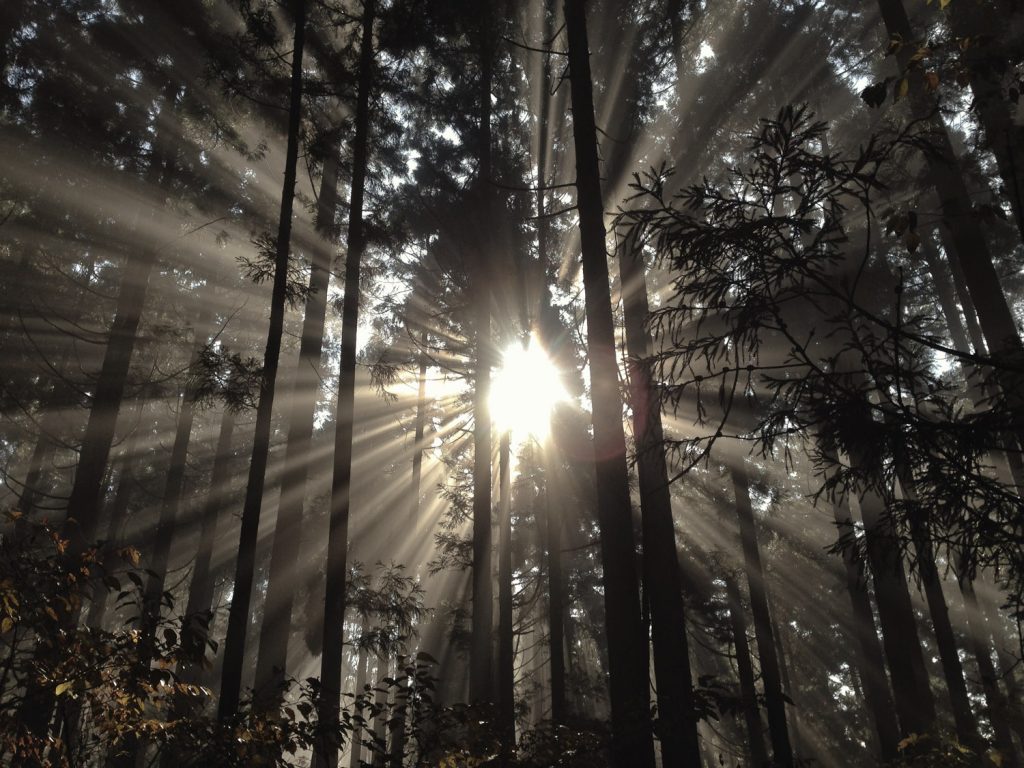