Doublethink Dave. That was his nickname. It used to be one they used behind his back, but now they were outright saying it to his face. It didn’t really make sense either, maybe in a vague way, and they just thought the alliteration made up for the misnomer.

What he did wasn’t doublethink. It was lack of confidence. But Lack Of Confidence Dave didn’t have the same ring to it.

He’d done it all his life. Always checking himself, heckling himself, demeaning himself. Almost like his brain was divorced from his conscience. He could probably explain it in term of the separate hemispheres of his brain not working in cahoots the way other people’s did. If he hadn’t listened to all the self-doubt for years, he may even have become a brain specialist.

As it was, he was nothing.

Just another human dragging his feet through life, taking the path of least resistance, then regretting every decision he’d ever made.

Those two voices in his head, constantly shouting at him from the ether. Telling him he had fucked up, and that in the future he would fuck up even more.

Dave knew those voices. They were him.

One night, he was in bed, alone again, staring up at the ceiling, trying to ignore the incessant babble in his brain, and he realised something fundamental. Those voices weren’t in his brain at all. They were either side of him. One on the immediate left, one on the immediate right. Just an inch or two from his head. Hissing in the air.

That probably should have disconcerted him. Instead, it gave him an idea. An idea so strong and vivid that not even those voices of self doubt shouting at him from both sides could stop him.

Doublethink Dave made it go.

Down in his basement, he flipped a switch and sat in the chair. The giant coils and magnets either side of his head lit up with blue LEDs and started to hum in a way that suggested they might soon explode.

Doublethink Dave didn’t care, even as the voices hollered at him, telling him he was a fat lump of useless fuck. Because he could hear them, moving away from his head, screaming against the wrench, until, with a pop and flash of light, there they were.

And both of them were looking at him with hatred and disdain.

“You’ve wasted my potential, you bubbling vat of pointlessness,” sneered his youthful self, from the past.

“Look what you turned me into, you plethoric mound of dirge,” spat his older self from the future.

He stood up and stepped forward, pleased to note that the two images stayed where they were, trapped by a force they could never escape.

They looked at him, terrified, as he walked up the stairs.

Then they saw each other.

And started screaming at one another.

Their voices faded to nothing as he shut the heavy door and bolted it shut forever. 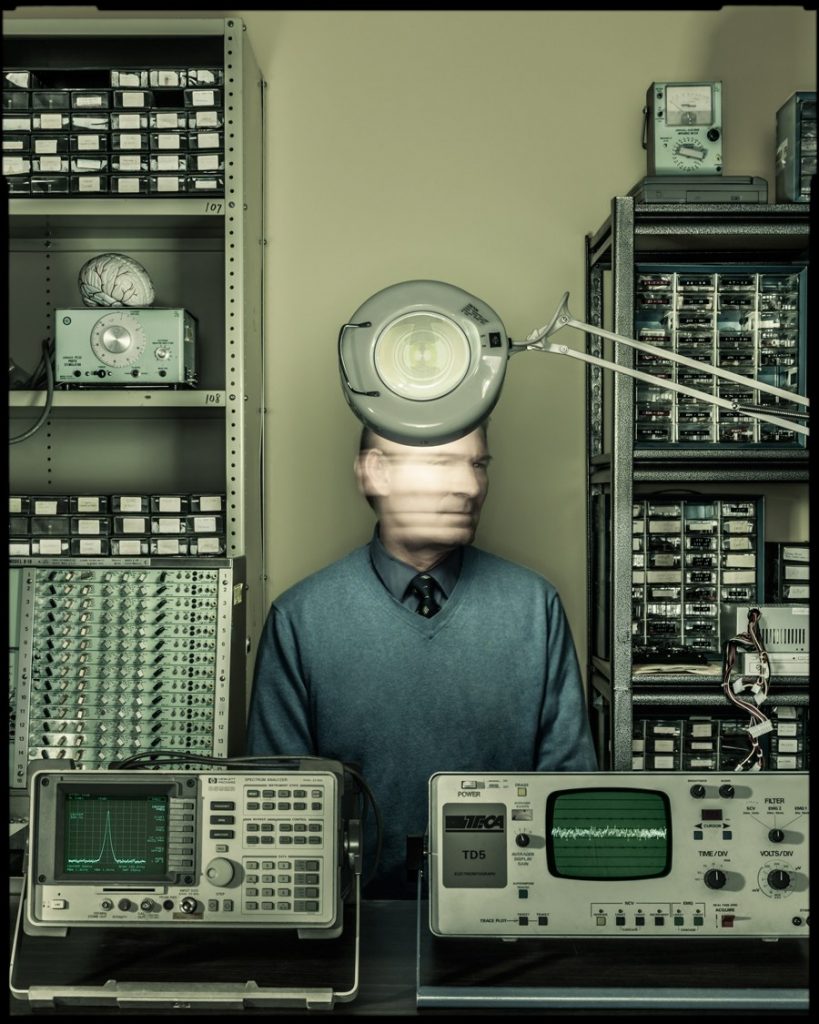 e.phemera: Lineage of a TV Sketch?