Here are the opening titles to series two, which are the best iteration of all three.

A comparison of the three version is quite interesting actually. You can see them here, mangled badly with the full song, so they aren’t in time but you get the idea.

Series one’s are a bit … misleading. Whether this is deliberate I don’t know, but it sets up as some kind of boxing montage, only to reveal the Chef thing at the end.

Series two’s are better, and make more sense thematically, but it has to be said, the final plate of food looks gross.

While the ones for the third season have been put together in part because the show moved to video from film. It’s interesting to watch this change, because although the medium has changed, the visual style hasn’t, so there are still lots of sweeping camera moves, which feels different, especially for a 90s sitcom.

Lenny later appeared at the same character in 1997, alongside Delia Smith as part of Delia’s Red Nose Collection. Here’s the cover of the tie-in book. 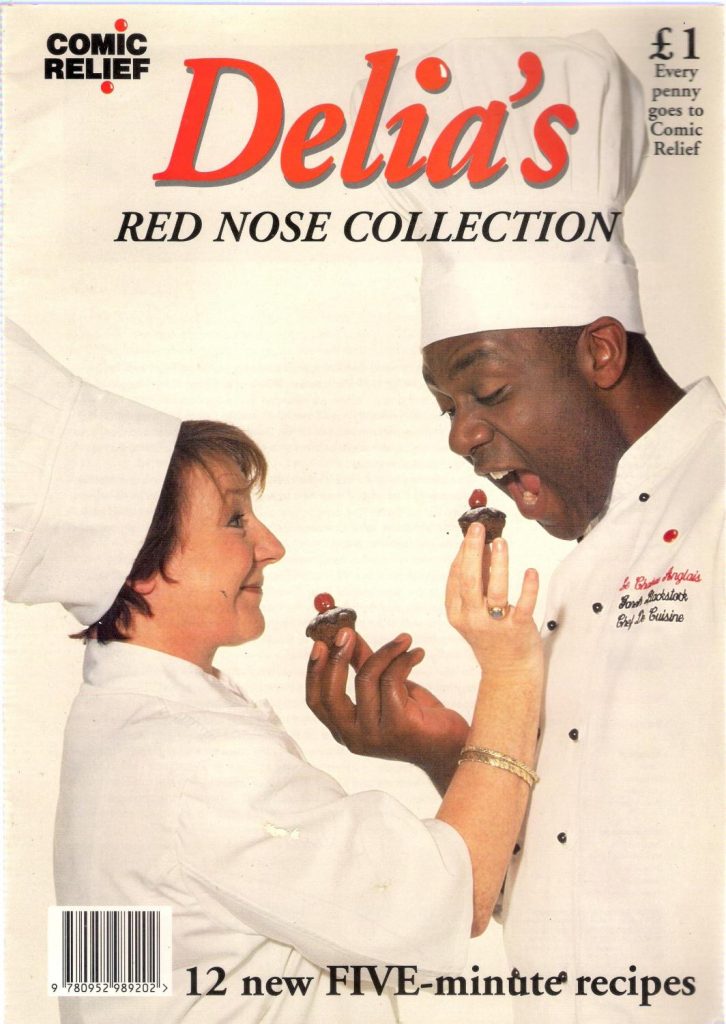