We moved into the house a few weeks ago. We bought it from a happy old couple who were off on an overseas adventure. It wasn’t our dream house, but it had enough about it to make us fall in love with it. And with a bit of care and attention, and a lot of work, it had the potential to be just right.

And it was weird. As soon as we moved in, our relationship just seemed to be that much better. At first, I put it down to getting out of the dump we previously lived in. Then I thought it might be the country air, the new, reduced stress job. All sorts.

Then I found the room.

It should have been obvious it was there, right from the start. In retrospect, we could see the little window from the outside. And yet, we didn’t put two and two together. There was a hatch up to the loft, which is where we dumped some of the stuff we couldn’t bear to part with, but didn’t need to hand. We didn’t notice the size differential.

I was knocking out an old walk in closet, trying to free up the space for my new office. I took a long back swing with the sledgehammer, and hit the back wall. Where I expected to feel brick work, instead I felt plasterboard. Plasterboard that cracked against the blow of the hammer.

At first, I was pissed at the extra work I’d made myself, then it occurred to me there might be something behind it. So I knocked through, and found and old doorway and a flight of curved stairs.

For some reason, it was quite scary climbing those stairs, trepidation growing as my heart rate increased. And at the top, there was a small box room, with a window looking out across the back garden. Other than that, it was empty.

It should have felt great finding a new space in the house, and for a brief moment I thought the new room would make for a great office.

Except for one thing.

It hung in the air, thick, damp, palpable.

Just being in there made me sweat, bought on panic, and stress, and nerves, and fear, and spite, and loathing, and all the things that had once plagued my life to the point of misery.

I hadn’t felt like that since we moved in.

Life was nice, and this room just reminded me of everything that made it horrible.

I realised what the room was.

So I went back down the stairs, and like the previous owners of the house, I boarded it back up. 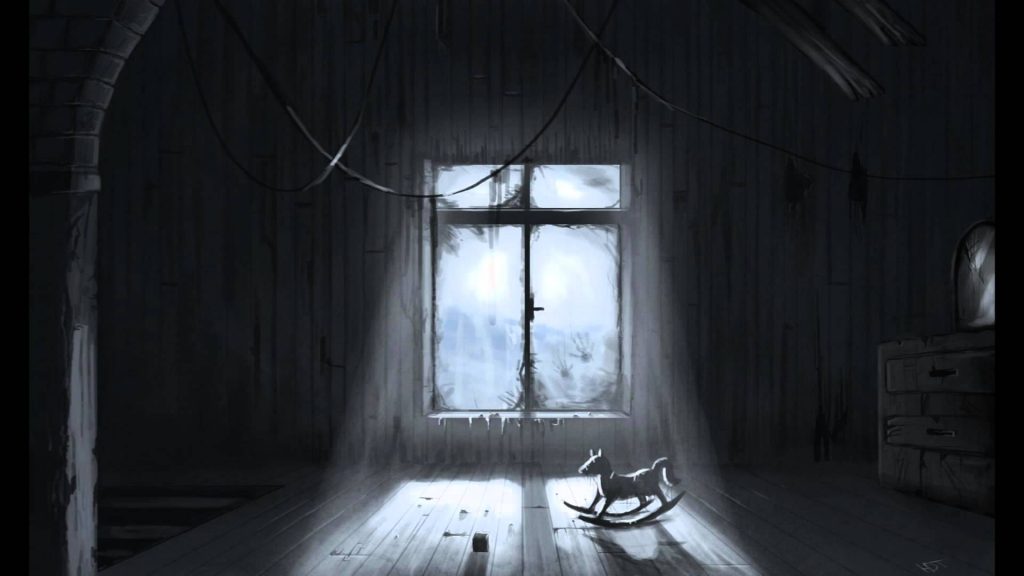 The Curious Case Of The Last Of The Summer Wine Titles