We were all sitting there, staring agape at the man behind the podium. He was supposed to be saying things to calm our collective fears, but instead, he was bloviating nonsense, and we were half-expecting him to pull out his tiny orange chap and start slapping it against the seal of office.

I think most of the others secretly wanted that to happen, because it would have been a decidedly less disturbing lead headline than the one we were currently faced with.

That’s when I noticed something else. It was a power cable emerging from under his suit jacket and descending to the floor. I traced its course from there, and saw that it met another bunch of cables and seemed to disappear into the mess. With a little concentration though, I managed to figure out where it emerged from the coil, and saw that it ran along the back of the stage and out of a side door.

So, just as he said something else even more shocking and possibly treasonous, I slipped quietly from my chair. I could have stood up naked and shouting at that point and no-one would have noticed. All eyes were on him, and all jaws were well and truly dropped.

Out in the hallway, I tracked the cable around a few corners, and found it snaking into a darkened room. Light from a dozen back-lit computer screens danced on the faces of the greasy kids sat behind them. They were tapping away at their keyboards with a furious clatter that made them seem impotent and angry. I snuck past, undetected, and stole a glance at a screen. It was open to Twitter, and was constantly posting and retweeting.

The cable passed out through another door, down another corridor, and into a plush looking suite. With no-one on guard to stop me, I wandered inside, and saw the cable coiled around the feet of what can only be described as a house elf in an expensive suit. He just stood there, not moving, not blinking, as the cable ran up his left trouser leg, and out again down his right one.

And on it went, through another door, down another corridor, and into another darkened room.

Here, it connected to a reclining exercise bike via a dynamo on the fly wheel. Pedalling the bike was a large, swarthy looking gent, who had a table around him and the bike, stacked with big pies.

He was grabbing handfuls of the pie and stuffing it into his face, sweating as he kept on pedalling. All the while, a polite, efficient man kept coming in from the shadows and removing stacks of pie. He was doing this faster than the gent could stuff them in his face, and the dwindling pile combined with the ravenous appetite, was making the gent more and more angry.

Every time the efficient man removed a stack of pies, he left a small pot of fruit corner yoghurt in its place, which just enraged the gorging gent even further. When the last stack of pies was taken from him, something else was left in their place.

A pair of handcuffs. 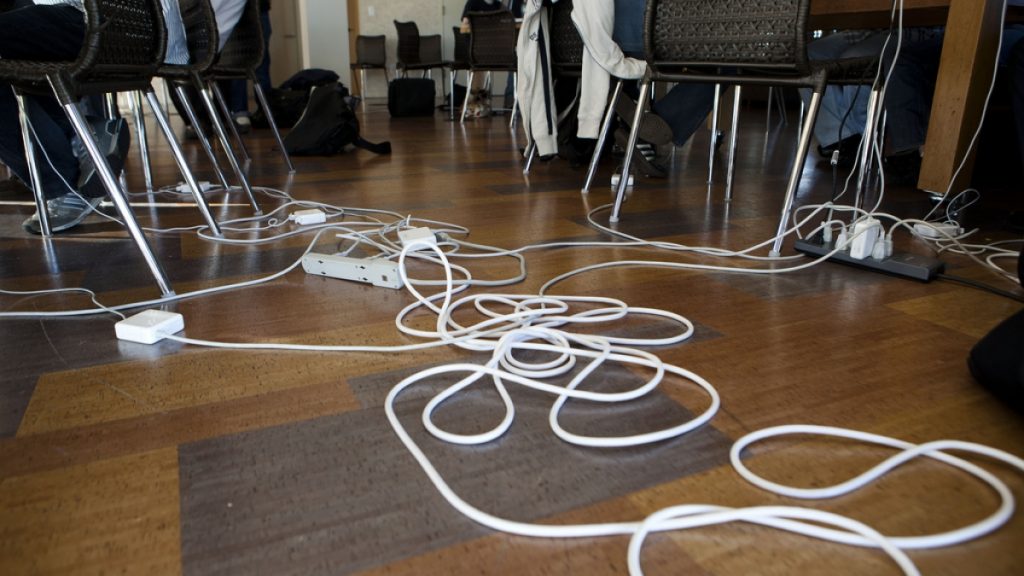