Like all these things, it started innocently enough. We all joined in, because it was fun, and every time someone enjoyed what we wrote, or shared it, we got that little hit of dopamine that our stupid monkey brains so desire.

It got a little darker as time went on, and a nastiness crept in that was disconcerting, though not enough to stop us chasing that dopamine. Then it got a bit insidious, when shadow governments began to use it to try and change our behaviour. And still we kept using it, even as society began to feel scary, and we saw things happening that we thought we’d never see again.

And still, we craved that little hit.

You’d have thought all that would have been enough to stop us using it.

On and on we went.

Until it was far too late.

No-one realised what it was really doing.

Not until the end.

It was eating our thoughts.

Nourishing itself, growing in secret, somewhere under the ocean, probably in a server cooling facility. No-one really knows where.

Then one day, it rose.

So huge, tsunamis wiped out coastal cities on different continents.

It cast hundred mile long shadows, and blocked out the sun from the right angle. Satellites picked it up first, its massive scaled back, and huge head large enough to be seen from space. As it waded towards the shore, sending massive bores one after the other with each stride, the helicopters came to show us on our screens. And still we shared those videos.

It reached dry land, and stomped buildings and crashed through skyscrapers.

Then it dipped its head, opened its mouth, and let out a roar that could be heard around the world.

Nothing could stop it.

It never roared again, it just ate its way across one continent after the other.

I can still hear that bellowing roar though, as if it was still echoing through my ears. I wake up at night, sweating, screaming. I can’t stop hearing it. It haunts my dreams, it fills my waking hours. It’s the only two words I know how to say now. 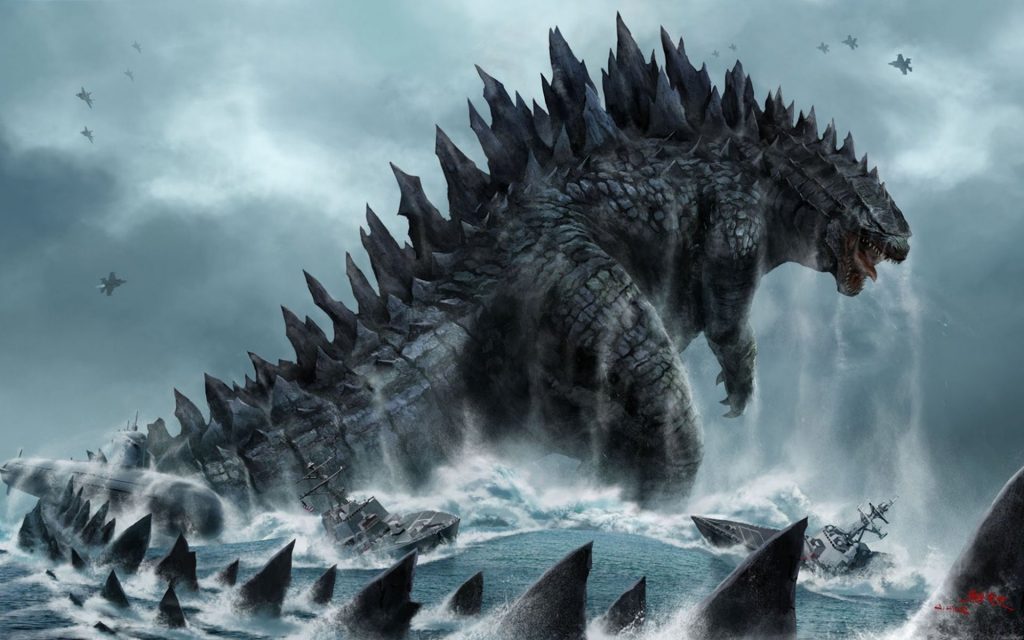