They knocked on the door at one in the morning.

As knocks go, it was a pretty violent one. It splintered the door frame, and left one half of the door hanging limply from the bottom hinge, and the other half on the floor with dozens of footprints on the paintwork.

A pink piece of paper was flung in her vague direction, the carbon print almost unreadable it was so faint. Mel was tired, but the violent intrusion meant she was wide awake, pacing furiously around her kitchen, as uniformed thugs tossed open drawers, throwing their contents to the floor.

Raids like this were getting more and more common.

And they were getting more and more vicious too.

Two giant men wearing flak jackets and riot helmets hovered in the doorway, posted there to stop her … what? Fighting back against their nightsticks and tasers?

Mel winced as she heard the wardrobe smashing to the floor.

It didn’t matter how much she protested, nor how valid her protestations. This was the right house, it said so on the paper work. Except it didn’t. They wanted 12 Mulgrave Close, and this was 21 Musgrove Road.

It was all she could do to just wait and listen to her home being torn apart without screaming and pleading. She wouldn’t give them that satisfaction, she didn’t want to see the sadistic gleam in their eyes. Besides, there was nothing here to find.

That’s when all the noise stopped.

The silence made her ears ring. Through the tinnitus, she then heard heavy boots descending the stairs. The one who had slapped the warrant into her chest stepped into the kitchen.

“Cup of tea?” she asked, as much out of habitual politeness as a sense of sarcasm.

“On duty?” she asked, raising an eyebrow in spite of herself.

Mel sat down, not knowing what else to do to fill the pause he left. Then he pulled something out of his pocket and tossed it on the table with a flick of the wrist that oozed with disdain.

She didn’t look at it.

He broke it first.

“Appears to be writing on that paper.”

That he wasn’t sure was disturbing.

“And my forensic expert says it is words that contain an original thought.”

He spat the final two words.

She reached for the paper and read it. Disbelief and anger bubbled away in her stomach, and her hands started to shake. It said ‘only haircuts run for President’.

It was a note she had written herself in the final days before the ban. A little reminder for a retort one of her characters was going to use in a script. Then the law changed, and she thought she’d destroyed them all. She must have missed one. Probably in her sock drawer.

Now she was off to prison because of a Post-It note. 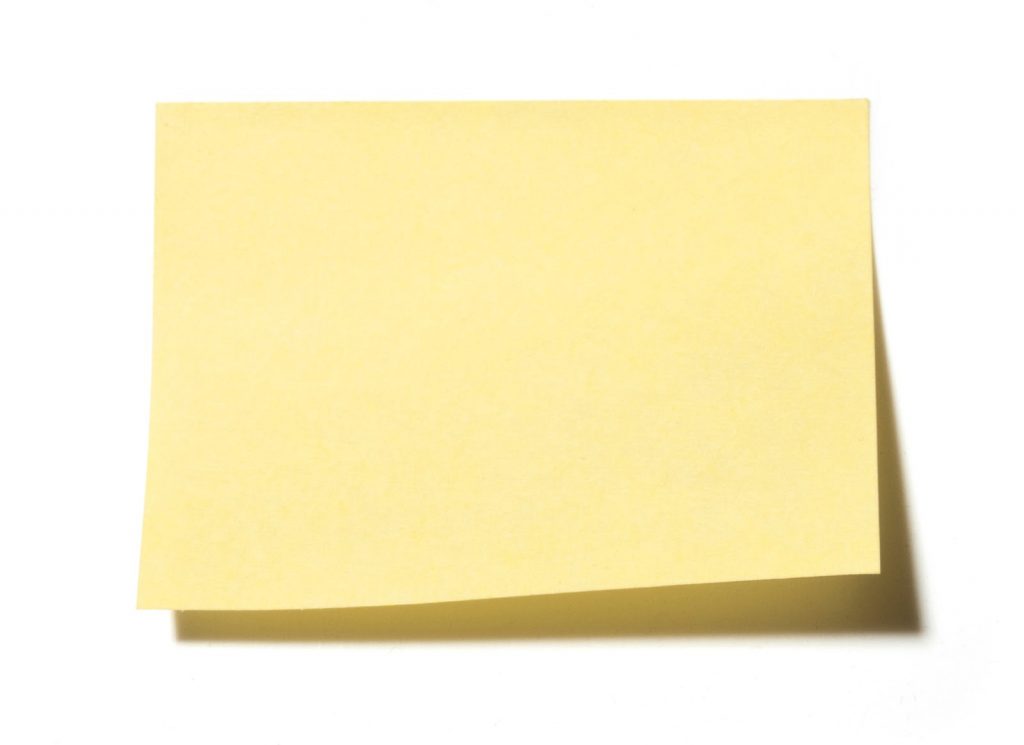