He’d been sat at his desk, waiting for his brain to wake up so he could begin working, or at least feel like he was working, which amounted to the same thing, when he wrote a fatuous comment on his Twitter feed.

“Why don’t brains have ripcords to get them going like lawnmowers do?”

It was badly worded, and got no love from his small following, but he liked the sentiment. A starter motor for the brain. It was cute.

The idea stuck with him for days, began to play on his mind more and more, until it was all he could think about. He got nothing done, because all he did was think about that ripcord. Would a ripcord even be the best option? Why not just a button? And anyway, where would the ripcord be placed?

On the neck? Between his shoulders on his back, like an Action Man? The place that made the most sense was smack bang between the eyes. But then the handle would be in the way all the time. In one ear? Up the bum?

At first, he didn’t know what the cord would be attached to, or even if it mattered. The point at that moment was having the ripcord. He reasoned, it would be psychological. He would pull the cord when he was struggling to focus, or finding it hard to wake up, and his brain would splutter and crackle into life. The starter motor wouldn’t be literal, it would be psychosomatic.

He eventually settled on a spot for it.

The first trial, he put it under his chin. It didn’t feel right, and it kept making annoying clinking noises on his cups of coffee.

Then he tried the back of his neck, which was neatly tucked away, but made it impossible to yank the cord in any meaningful way. And it was the act of a powerful yank that seemed to trigger his brain into being tricked awake.

So it was moved, and now he had a ripcord in the middle of his chest.

No-one ever asked about it.

Presumably they just thought it was a weird piercing or something.

One powerful yank of a morning, and he was ready to face the world. His productivity increased, his energy levels rose, and he developed a zest for life once more.

He even did something he had always wanted to do.

Jump out of a plane.

His adrenaline fixation kicked in, and he decided to open his parachute at the very last minute.

The wind rushed past his face as the ground flew towards him.

He pulled the wrong cord.

The inquest couldn’t work out why he hadn’t open his chute. 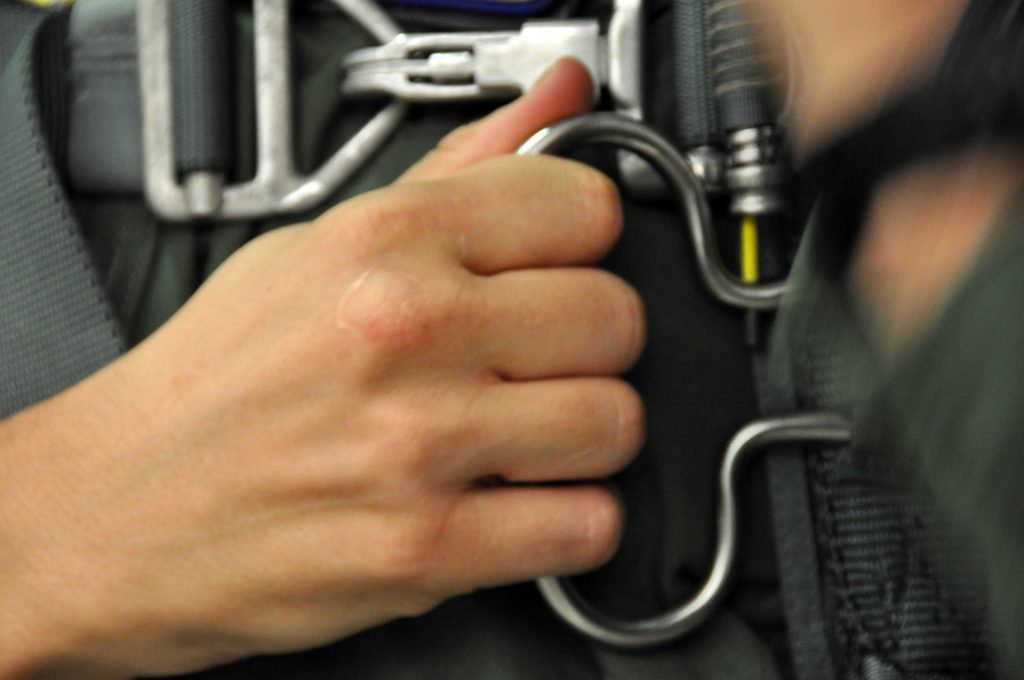