It started off as a joke.

Most things do these days. Meritocracy was proposed as a joke, and that soon got taken seriously. Not surprising then that this went a bit too far.

But we did it.

We elected a wet lettuce to rule the world.

We only had ourselves to blame. There had been warning signs of course, when we voted in our thousands to name a ship Boaty McBoatface. They ignored our will back then of course, but as the rise of online voting got out of hand, everything was dictated by our little polls.

At some point, we all decided to live under a one world government. It made sense, and made getting onions a lot easier. Came the day, we all sat down at our terminals, and began to look at the candidates for President of the World.

There were some eminently qualified people on the list, and at the bottom, as an hilarious guffaw, someone had nominated a wet lettuce. It tickled us. Not for the first time, we thought it might be funny to elect a joke to office.

Better heads than ours would prevail, we all thought, as we whimsically cast our electronic ballots for a damp head of greenery. The grown ups would be awake soon, and the gap would close, and the proper candidates would start to catch then overtake the lettuce.

And now we are lead by a wet lettuce. 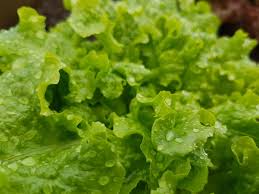 In our lack of foresight, we forgot to set up a support structure. We have a world leader, but not a world government, and chaos reigns.

All anyone can think to do is keep the lettuce watered.

After all, we elected a wet one, not a limp and withering one.

It’s impossible to see where this all ends. We can’t even have another vote, not until the lettuce abdicates. We didn’t specify term limits. We just giggled and pressed send.

Fresh water is at a premium now, because all the water is being drizzled on all the lettuces. Because again, we didn’t nominate a single identifiable lettuce, and so we have to assume any of them could be in charge.

But at least the lettuces look verdant.

A renegade group broke into one of the lettuce farms last night, but were shot before they could eat anything. There’s nothing we can do. That’s how we voted. There’s no going back now.

I fear this could just be the tip of the iceberg.

Three Blokes In A Bath