If any 1980s satirical TV show lent itself to a computer game adaptation, it was Spitting Image. Developed by Walking Circles for 8 bit platforms in 1989, it makes the obvious choice to turn the show into a beat ’em up.

Here’s some game play from the Amiga.

Compared to game play from the ZX Spectrum (turn your speakers down).

Players could choose to be one of six world leaders, pitted in head to head battles to stave off a war that threatened to destroy the world. But there was a plot twist, that I won’t spoil. Thatcher could fight Reagan, or Gorby, or the Pope, or the Ayatolllah, or Botha.

If all that appeals to you, you can play the game here. 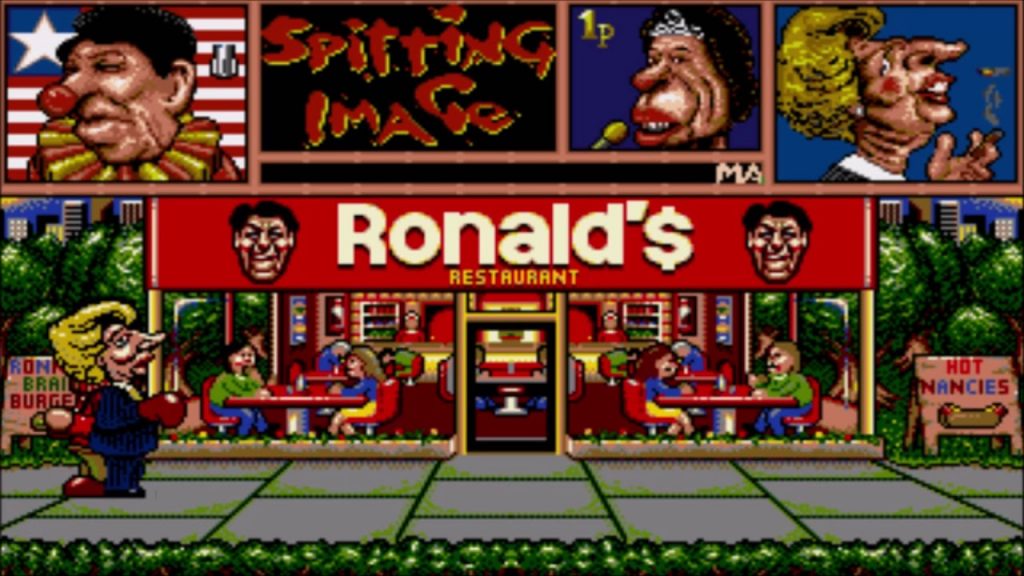