It was hard enough pretending to be inanimate. Hard enough letting a weird man stick his hand in your orifice, and hard enough listening to that voice squawk from his clearly moving lips.

As undercover assignments went, this one was the worst.

The vent would be dead soon enough though.

He let his mouth be flapped for a few more minutes, listening to the ‘jokes’ waft into the air like noxious farts. The audience were losing interest now, which was always the way. He loaded his act top heavy, and his strong bits were mostly weak, so his weak bits would make vending machine tea look tasty. 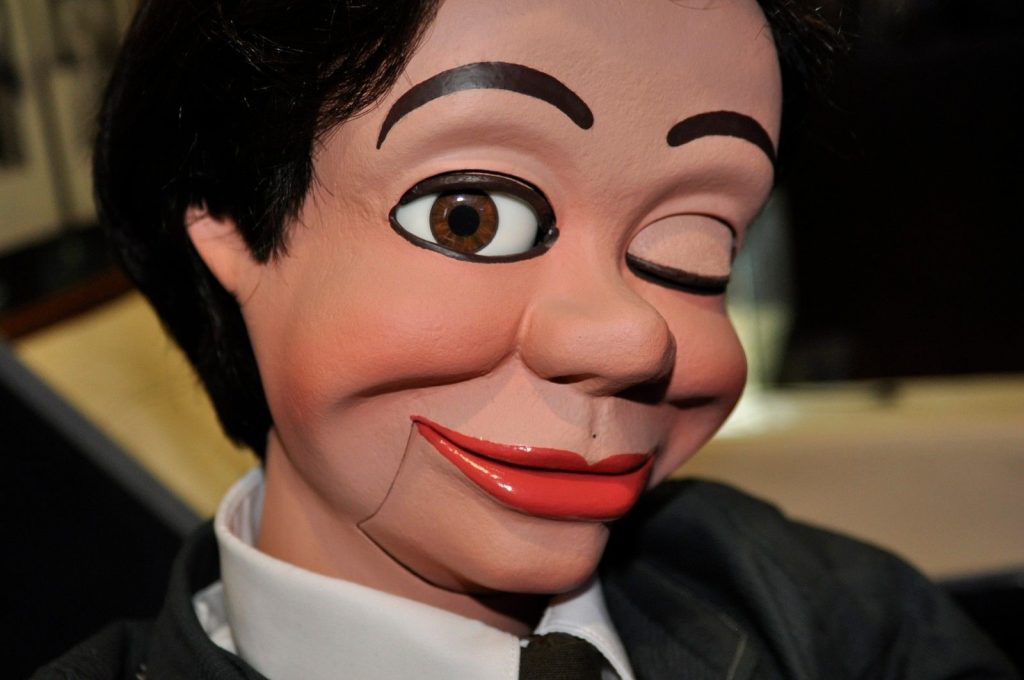 The moment was coming.

Just before he launched into his ‘big’ finale, the dummy would initiate the plan. His head would start spinning, and then he would lunge, teeth-first, at the man’s stupid face, and gnaw it down to the bone.

He was picking up the glass of water. His fingers had hooked into the loops that operated the toupee gag. It was seconds away.

The glass reached his lips, and the gurgling strains of an old music hall ditty started to quiver from his lips.

The dummy did nothing.

The dummy always did nothing.

His plans always came to nought.

He was a dummy.