I’ve just finished re-watching Porridge, and I stumbled across this lovely segment from an episode of Blue Peter. John Noakes visits the set. They appear to be filming the series three episode A Storm In A Teacup.

I’m amazed (probably stupidly) by the extent of the set. I genuinely thought that the landings didn’t exist in the studio, and that anything shot off of ground level was done so at a real prison. That’s probably because those sequences are on film, and seeing this, it only just occurred to me that they could hardly take the studio cameras up on the gantry level. 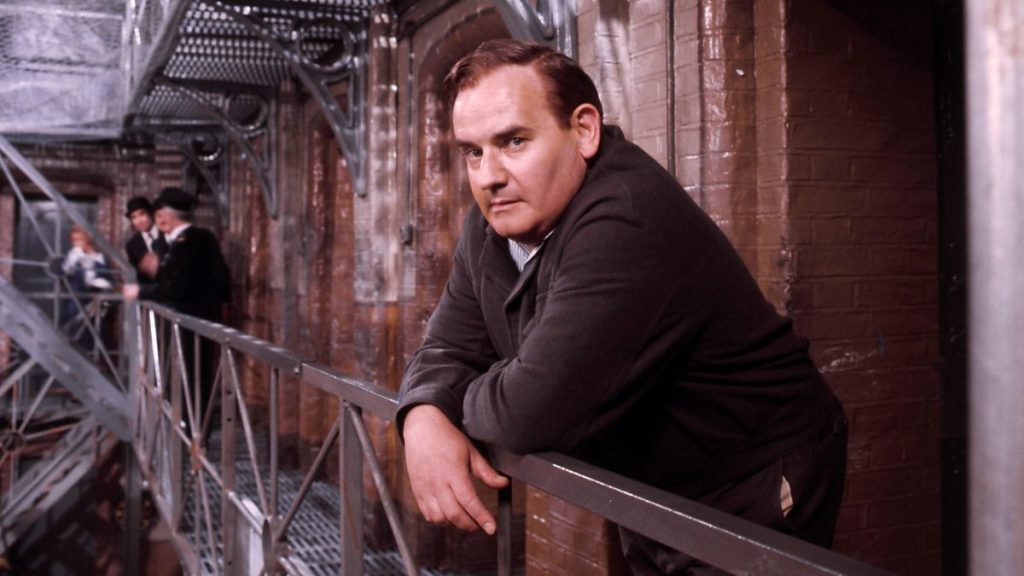