It had been a year since they had privatised the Sun.

A year of dreams, and hopes, and scandals. A year of record sunshine. A year of rollercoaster stock prices. A year of corporate warmth, that just left everyone feeling a bit, well, cold.

There was no doubt that the Sun had been sold off cheap. They’d mitigated the uproar by offering shares to the public, and pricing them much lower than the actual value of the Sun. Which meant, of course, that the public shares were quickly flogged off, and now the Sun was fully owned by hedge funds, asset managers, and pensions.

No one could quite remember how they had been tricked into thinking the Sun belonged to anyone. It had always been there in the sky, hadn’t it? But ever since they’d sold off the water, and then the trees, it just seemed natural that the Sun would be next.

And then the air.

Whenever that thought surfaced, there was a collective gulp, but attitudes were softening, and now politicians were starting to hint at it in windbag speeches.

It was the re-branding though that was taking the most time.

Some people thought that it was going too far. There had been some uproar at first, when it was announced, but it had soon fizzled out, as the next outrage took hold, and it was all forgotten. So, over the year, anyone daring to glance at the glowing orb in the sky would see the new logo taking shape.

At the moment, emblazoned across the golden fiery surface, it read SHINEI.

It was nearly complete.

One more nuclear missile would put the final dot under the exclamation point. 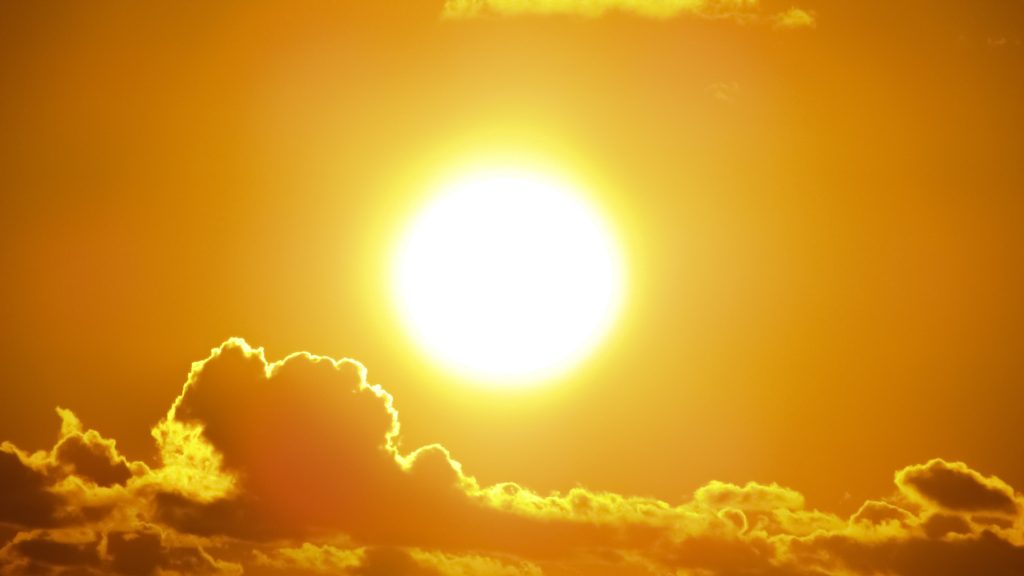 The company had been pushing out scientists for weeks now, rebutting the charge that one more nuclear explosion would send the star into supernova. They’d done the maths. It was safe. They used all the money from the new income stream to do the due diligence, and the trillions they’d spent spunking their new logo on the surface was tax deductible, so they hadn’t actually paid anything back to the Treasury. And when the company looked like it was about to go bust, there had been public money to help with that – after all, no-one wanted the Sun going down. It was a vital service.

That morning, billions of people had put their payment cards in their solar meters, and paid for another day of sunshine. Here though, it was a little overcast, though not technically enough to qualify for a rebate.

The gathered protesters looked up to the sky, waving their placards with a waning anger. It they were right, the world was about to end, and their was nothing they could do about it now.

If they were wrong, they’d just look stupid.

They weren’t quite sure which was worse.

Your Sporting Season Round Up