Here’s the time when Mary Tyler Moore popped in to the Late Night studio, having been across the hall doing another show, and sat down with Letterman for a few minutes.

You can find full episodes on YouTube, and see Dave on their with Mary.

A few years later, Mary dropped by the Late Show, to plug her new show New York News, and ended up amusing Dave with her language.

New York News was an hour long drama, that ran for half a season, and featured one of the most 90s title sequences you could encounter. 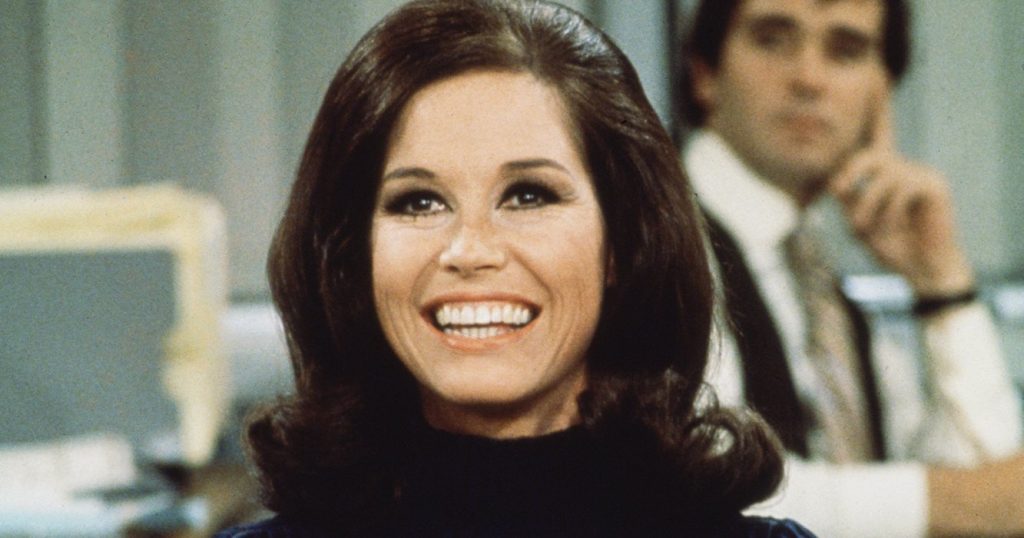