Using the always useful BBC Genome Project, let’s have a look at what was on TV for my very first Christmas on Earth. I would have been laying in a manger, surrounded by cuddly farm animals, wondering why a star was moving across the heavens and the world wasn’t coming to an end.

Having been dumped in front of a screen to fend for myself, this is what I would have seen.

Appropriately, the day’s viewing began with Star Over Bethlehem, because Noel Edmonds hadn’t been invented back then. Well, he had, but they hadn’t stuck him up Post Office Tower yet.

I probably would have slept through until The Bear Who Slept Through Christmas came on.

I doubt the film National Velvet would have been more entertaining than my rattle, but the opening credits of Are You Being Served? might have caught my attention at 1.40pm.

Noel Edmonds finally turns up and pops up for a turn on Top Of The Pops, before my burping during The Queen. I would have had a nap during Billy Smart’s Christmas Circus, ready to sit and watch (and dribble) The Wizard Of Oz, and giggle through Basil Brush’s Through The Looking Glass special.

After Songs Of Praise and The Generation Game, it was time for Mike Yarwood and then Morecambe & Wise.

Anyway, here’s a thumb through the 1977 Christmas Radio Times. 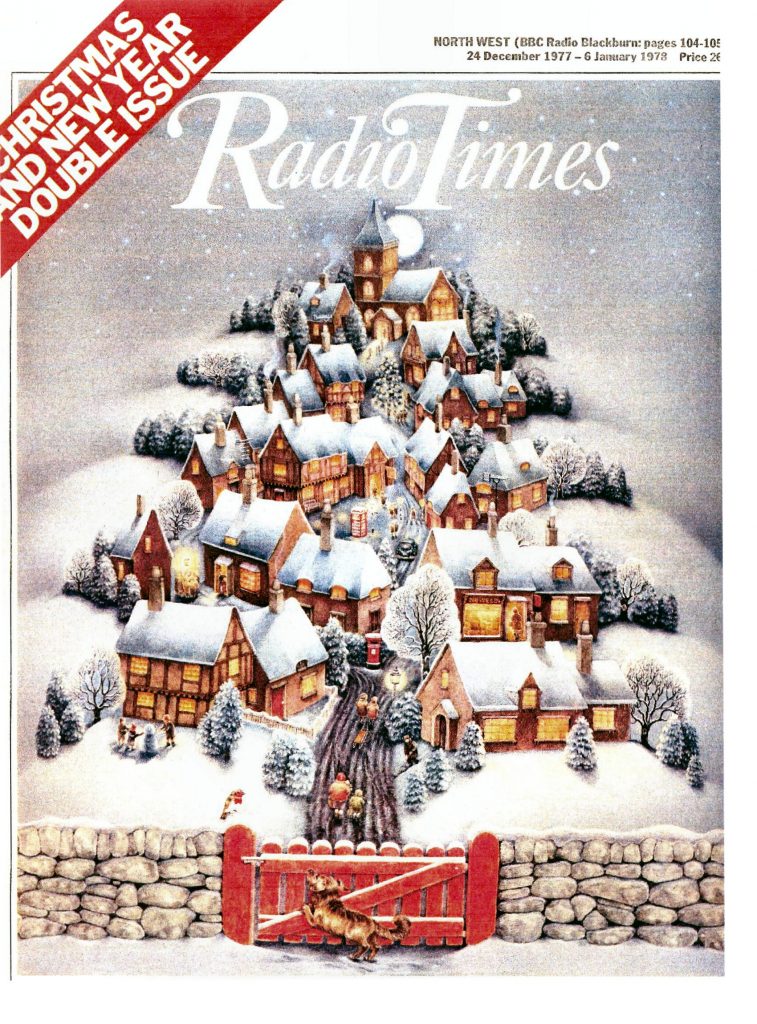