She was getting fed up with the hammer just sitting in the middle of the floor of her living room. And she’d lost track of how long ago it had just appeared there. What she hadn’t lost track of was the number of times she’d stubbed her toe on it.

And stubbing your toe on an immovable object was bloody painful.

At least the bastard thing didn’t seem to collect dust. It just sat there, being a hammer, not moving, and continuing to be a hammer.

As infuriating was her inability to locate her own, more down-to-Earth hammer, because she wanted to re-nail the loose floorboard in the bathroom. So there it sat, taunting her with its hammeryness. A hammer in the morning. A hammer in the evening. And a hammer all bloody day long.

It did raise the question though – if you couldn’t use a hammer to do any actual hammering, was it still a hammer? It wasn’t even half a tube of toothpaste.

Knowing full well how pointless an exercise it would be, she bent down and grabbed the handle of the hammer. She braced herself, tensing every single muscle in her body, even the ones she never knew existed, and heaved.

It lifted with a light ease that nearly made her topple backwards.

Confused, she span it in her hand, looking at it, wondering how it had become so suddenly movable.

And did this now mean she was the God of Thunder?

She squinted, and tried to make the clouds crack with explosive energy, but only succeeded in squeezing out a high-pitched fart.

There must be a trick to it. Maybe a way of holding the damn thing. She tried various grip combinations, various angles, even various magic words, and still no thunder came.

She tried puffing herself up bigger, and roaring her commands to the clouds. She even tried lifting the hammer to the skies and braced herself for lightning to strike the hammerhead.

There was only one thing left to do.

She took it to the bathroom and fixed the floor. 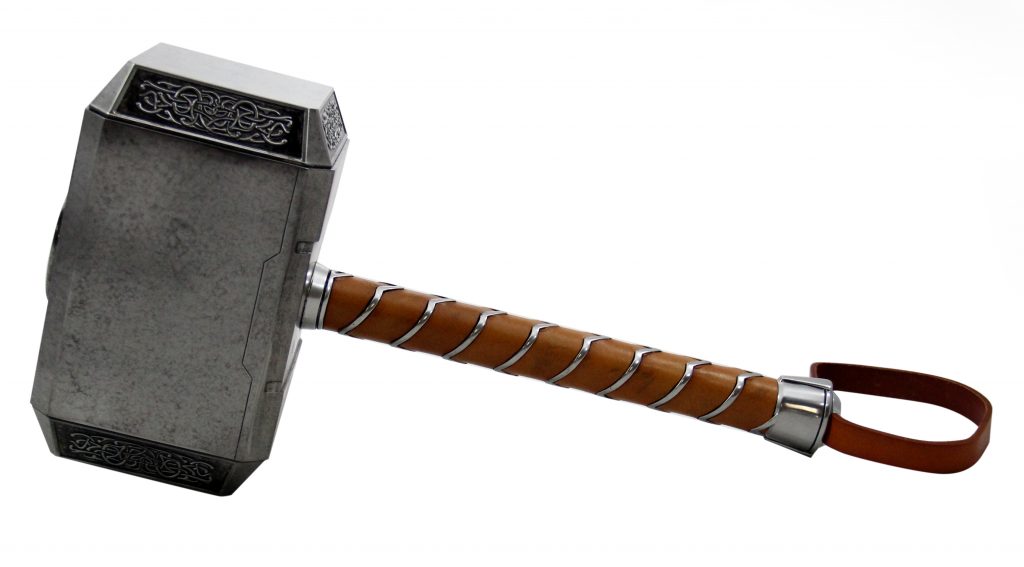