You know all the ear-worm theme tunes from your favourite TV shows, the ones that stick in your head? Every time they’re played on screen, the composer gets paid, quite rightly. But there’s a little money-making scam some showrunners and producers adopt, and that’s to write lyrics for the tune, even if they’re never used, thus bagging themselves half the cash.

Gene Roddenberry did this for the Star Trek theme.

And here’s the theme’s composer Alexander Courage talking about his work.

Perhaps a less well-known example is from The Tonight Show. Johnny’s Theme was written by Paul Anka, but Johnny originally passed on it in favour of something else. So Anka offered to let Johnny write some lyrics, and take a writing credit. Anka estimated that this decision earned both men $200,000 a year.

And here it is with the lyrics. 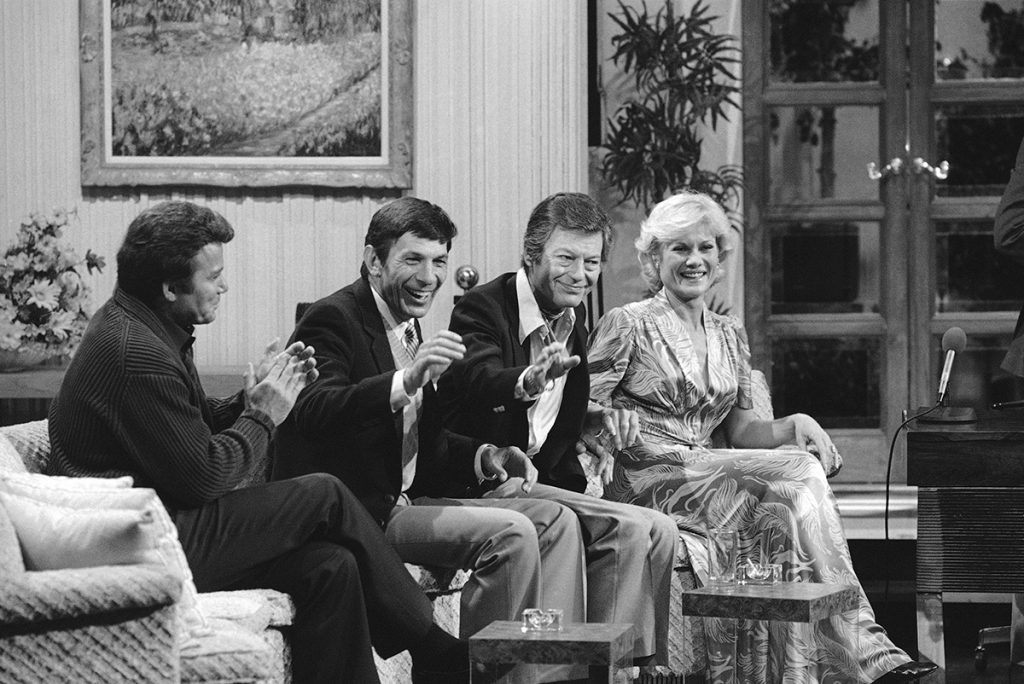