There’s a shelf in Jerry’s apartment on Seinfeld that looks like this. 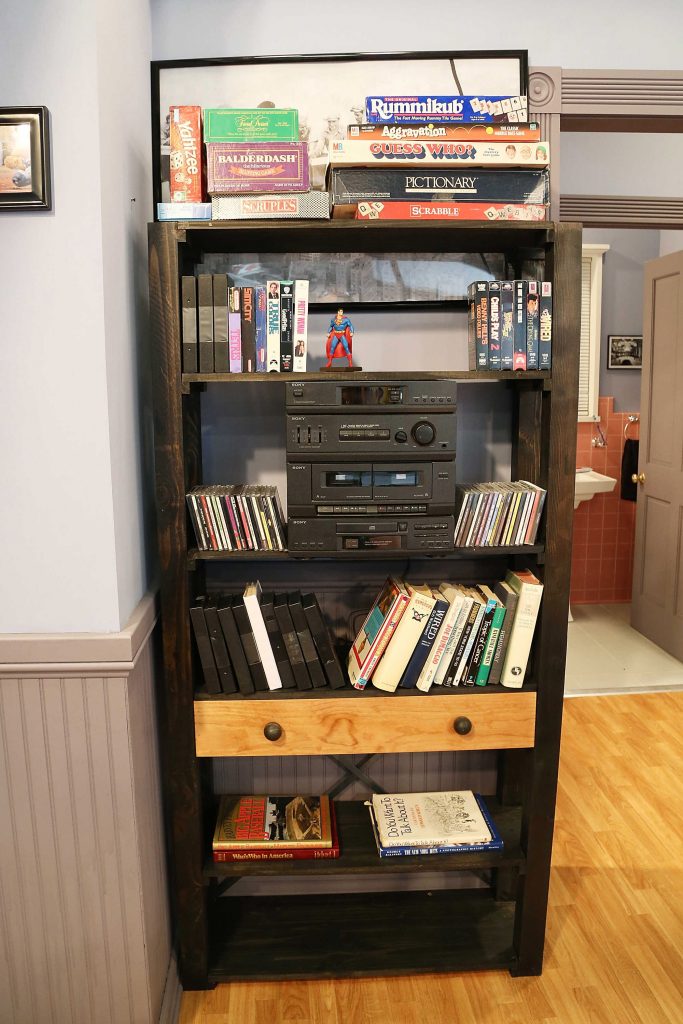 Though this photo was taken at some kind of Seinfeld experience, I was intrigued by his choice of board games.

At other times, he also has Risk, Adverteasing II, Clue, and Taboo.

Of those titles, I have no idea what Aggravation or Adverteasing is, though the latter is apparently a trivia quiz about advertising.

And I can’t make out the game underneath Yahtzee. But you can see it in this photo. 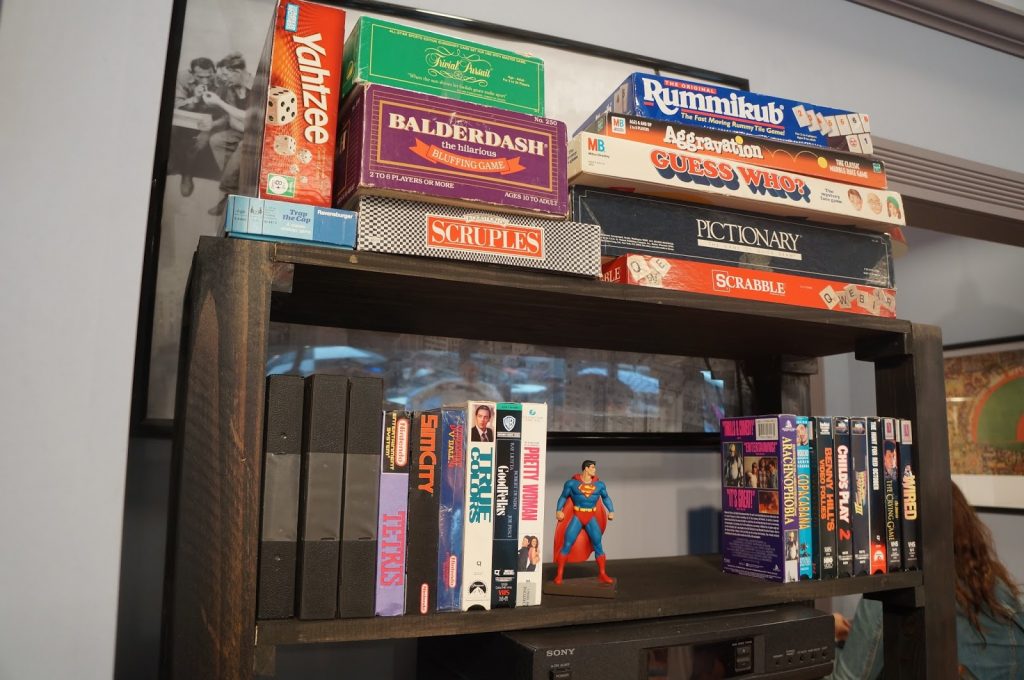 On the next shelf, we see that Jerry also likes a bit of Tetris and SimCity. I can’t discern what the game next to that is though, but on the previous photo, we see it is a Volleyball computer game (I assume for the Mac).

He likes the movies True Colors, Goodfellas, Pretty Woman, Child’s Play 2, Back To The Future III, The Hunt For Red October, The Crying Game, and Wired. He also has a soft spot for Benny Hill it seems.

At other times, he has other movies and games too. 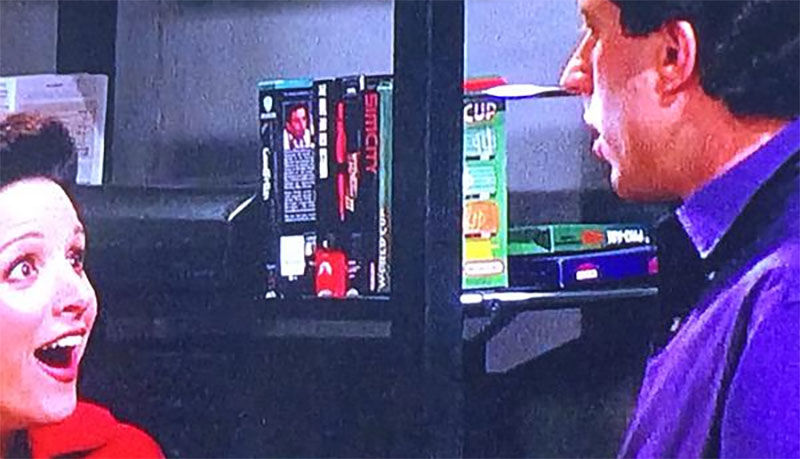 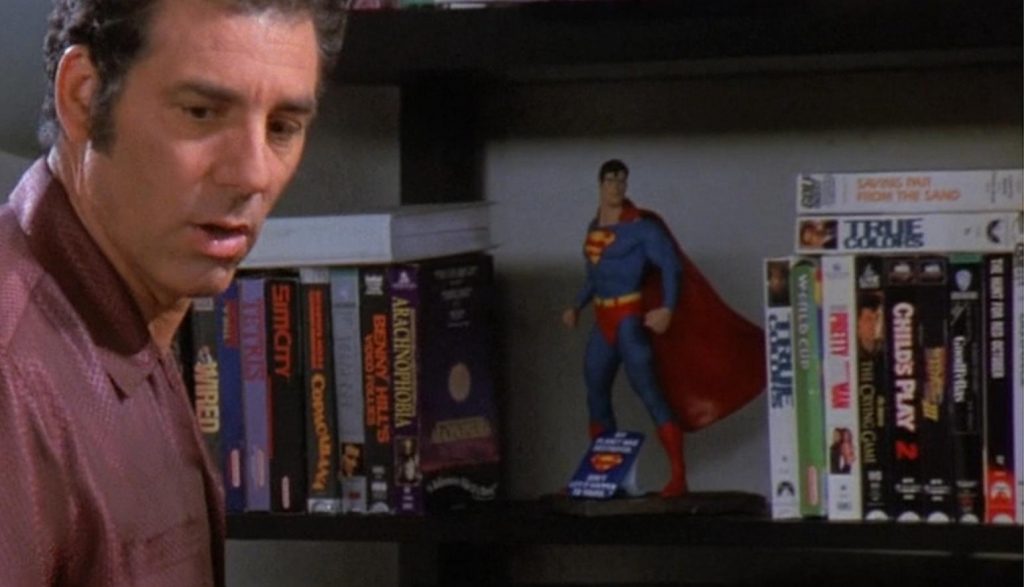 It’s probably just me that finds this fascinating.

The Computer That Predicted The End Of The World