Here’s the reason that The Real Ghostbusters cartoon had to have that clunky name.

This is the intro to the 1976 children’s sitcom The Ghost Busters. Created by Marc Richards, and starring Forrest Tucker, Larry Storch, and Bob Burns, it ran for fifteen episodes on CBS.

Columbia Pictures wanted the title, and so paid $500,000 for it, plus 1% of the movie’s profits to Filmation. They also started work on the cartoon spin-off together, but  Columbia eventually produced it with DiC.

So Filmation exploited the movie themselves, two years later, launching their own cartoon based on the 1975 sitcom … but rather than keeping the original title The Ghost Busters, they called this new cartoon Ghostbusters. Cheeky sods.

It also starred Fred from Scooby Doo by the looks of it.

And it lasted for 65 episodes. 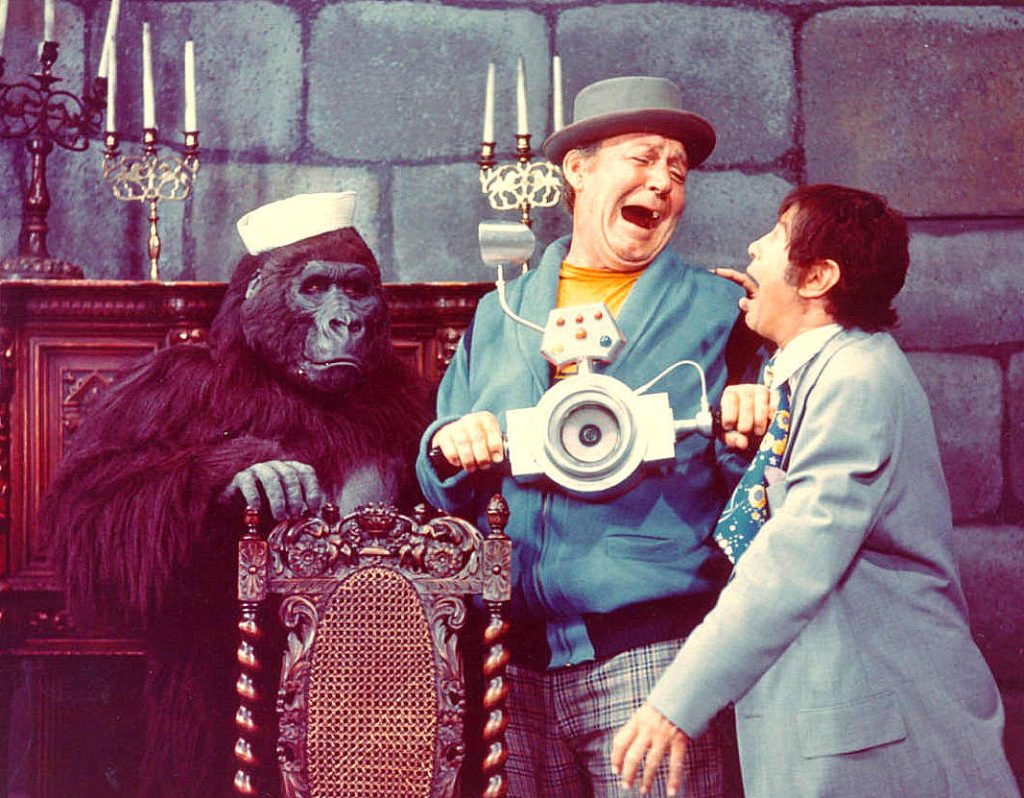 Top Five Posts Of The Year

Back To The Fonzie