I noticed that Seinfeld has appeared here in the UK on Amazon Prime, with little or no fanfare. It recently sold in the States to Hulu for a bucket load of cash, so it was a bit of a surprise to see it turn up on our digital shores to be honest. And I wondered if it was the original broadcast (not syndication) episodes, and if they were in 4:3 or widescreen.

It turns out they’re in widescreen. 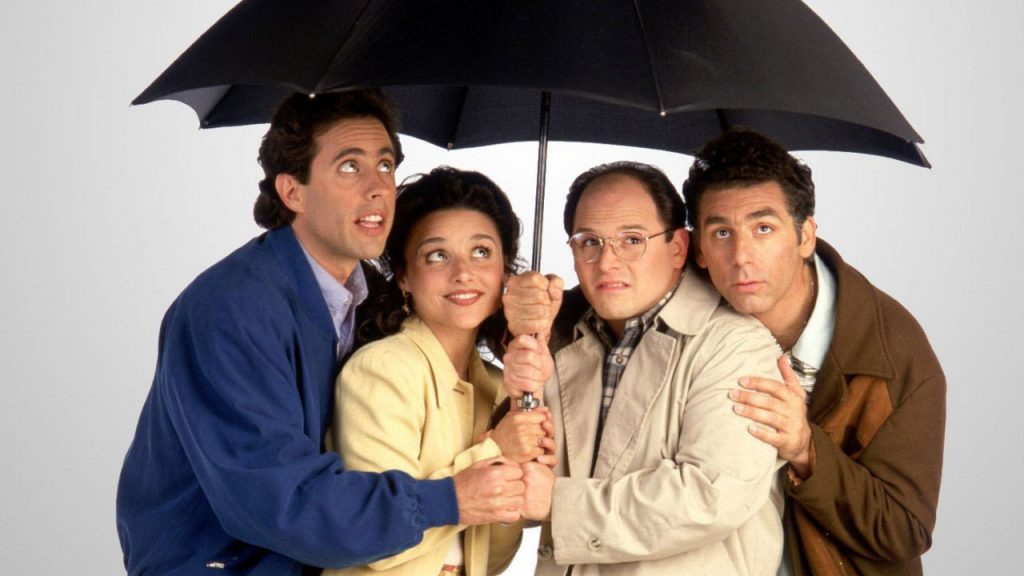 Now, I don’t know how I feel about these conversions. Maybe. If they’re done with care and supervised (or at least approved by) the original creators. I know directors like Ken Levine were conscious of the dilemma of framing for both screen formats around that time, and usually favoured the 4:3 format. And having watched one episode last night, I have to admit, the show felt a bit different. Maybe because I’m so used to the 4:3 format for it, for sure, but it just felt a little odd somehow. Not enough to affect the brilliance of the show, but enough to put me on a gentle edge throughout.

I’ll get used to it, I’m sure. But if not, I always have my well produced, excellently remastered DVD sets to fall back on.

Am I imagining it? Does it feel different really? What do you think?

Back To The Fringe