You may have noticed that there are quite a few superhero movies these days. But even before now, it was rare to see a big blockbuster movie in which the protagonist is an anti-hero.

When David Koepp sat down to write War Of The Worlds, he made a list of all the things you normally see in a disaster movie, and went out of his way to avoid those things (this isn’t a discussion about adapting material, or the relative merits of this film compared to the source novel). He also wrote a main character who is a straight up dickhole. Not a lovable rogue, or a socially awkward genius – Ray is totally unlikeable.

He might still just about have the respect of his daughter, but he’s totally lost all connection with his son. This unmitigated prick is also a terrible father.

He outright can’t feed his kids without almost killing one of them.

So why do we route for him? Why do we end up empathising with him?

He’s a coward. He’s a bad person. He’s not a typical Hollywood hero. But he has a single-minded plan. Run. Run away as fast he can. And by putting Ray through hell, our empathy as an audience kicks in, and we end up investing in his story, because we’re humans and we don’t like seeing people suffer. It’s a trick that Neill Blomkamp pulls off to an even greater degree in District 9 and Chappie.

It’s the little moments in the big film that resonate the most with me. And the two scenes above work well, and mean that this next moment is earned.

Ray’s realisation that he knows nothing about his daughter’s life, and that he has never been there for her before is written all over his face. And for the first time in the movie, he does some good parenting … in his own uniquely dufus way.

Most disaster movies pretend to be about the human element, but often that stuff is a slapped on sub-plot. War Of The Worlds manages to be a personal story unfolding against a massive backdrop that we hardly see by most disaster movie standards.

Running away can also be gripping.

I nearly stood up and applauded when that scene ended in the cinema.

Let’s have more flawed protagonists in our movies … it’s so much more interesting. 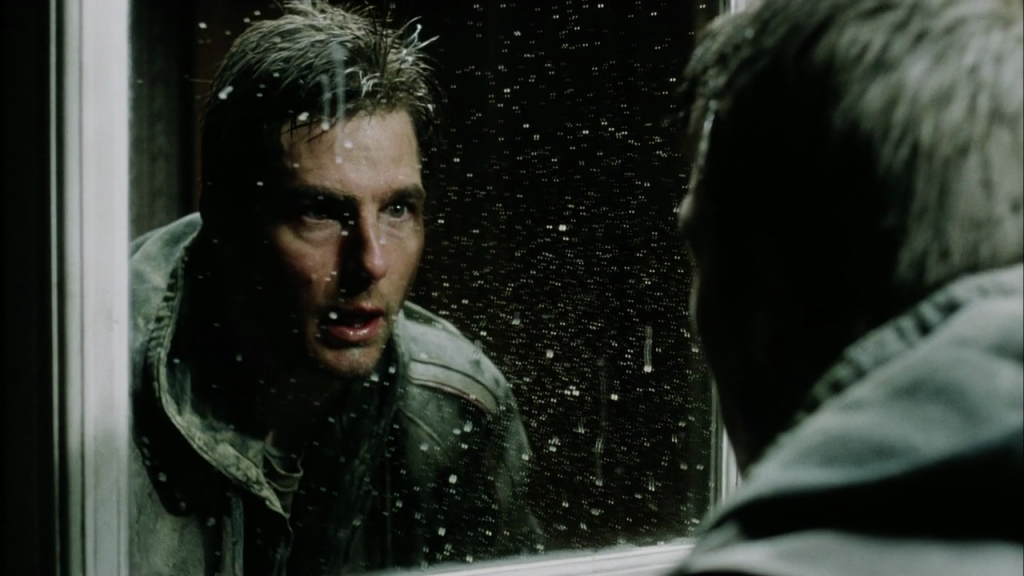 What’s The Opposite Of A Sitcom?