Take another look at this sequence from Jurassic Park.

There’s quite a lot going on here, in a moment that feels like very little is going on. Spielberg is building our anticipation, and John Williams’ music is working brilliantly to service that goal.

We’re also getting a sense of geography, showing just how isolated this island is, and getting a glimpse of how Hammond has carved his name into the natural surroundings. There’s also the hubris of the pre-branded jeeps.

What’s more, using just visuals, in the simple task of putting on their seat belts, we are being shown something about all of our characters. That’s good writing from David Koepp and Michael Crichton.

But let’s jump forward a bit, to this moment.

And forward again to this.

While the dinosaurs breeding is a barely fleshed out plot point in the movie, it is a much bigger device in the novel, but the point here is the use of foreshadowing that has set up this moment perfectly.

Go back and watch the helicopter scene, watch how Alan solves his seat belt problem by taking the two female ends of the belts and twisting them to his own needs.

This final moment is earned because of that foreshadowing, and it adds a layer to our enjoyment of the story. 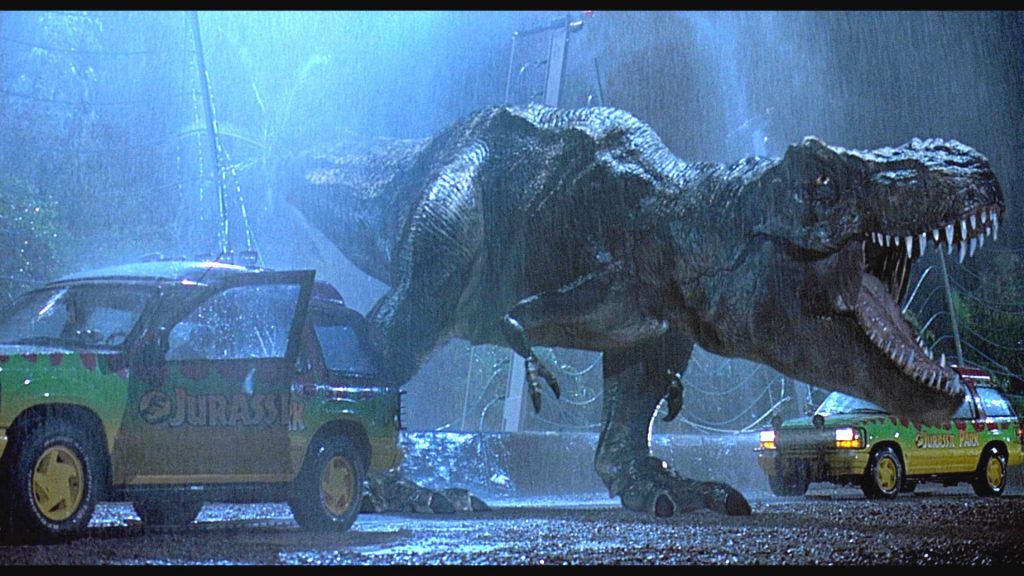 About Writing: 7 Ways To Improve Your Story