I nearly didn’t watch The Kingdom Of The Crystal Skull as part of my re-visit to the Indiana Jones movies. I remembered thoroughly enjoying it in the cinema, and then being disappointed by it on DVD. I may have even fallen asleep during the second watch.

Indiana Jones And The Kingdom Of The Crystal Skull is a really good movie.

(It has more of the colour blue in it that all of the previous three films put together though.)

The whole opening sequence, from car race to nuclear explosion is a seat-bouncingly good re-introduction to Indy, and it doesn’t shy away from the age of the character.

This could easily be in any one of the films …

While I loved the opening moments with the car race, it always perplexed me why it was there, and then last night I realised why. It was resetting our time frame for us. In fact, that’s the whole point of the first act of the film. The car that could be right out of American Graffiti, I Like Ike, nuclear paranoia. It makes perfect sense that Indy needs to be caught up in a nuclear explosion, and not just witness it third hand somehow. The Red Menace is real, and it’s what informs the whole Saucermen from Mars schtick.

And while we’re at it, there’s a nice thematic link between the inter-dimensional beings, and the whole Communist thing. They are identified as a collective, a hive mind. No wonder Irina Spalko is so interested in them. And then they all merge into one malevolent monster and devour her. That’s good thematic writing.

David Koepp, as always, has produced a great action adventure script. And rather than trying to up the ante of the previous movies, it actually takes a step down with the action sequences. Koepp even takes a few moments to show Indy turning into his Father slowly – once when the statue of Marcus is damaged, Indy mirrors his Father’s face from the motorcycle chase in Last Crusade – and later he exclaims ‘this is intolerable’, just as his Dad did.

“There’s too much CGI,” said a friend of mine after seeing it.

Because the Indiana Jones films were never about pushing visual effects to their limit were they? Opening the Ark? Melting faces? Ageing rapidly? And anyway, there’s very little obvious CGI in this movie – certainly no CGI ragdolls being flung around. Watch that video above again – it’s all practical (with wire removal no doubt). About the only bit that feels CGI-y later is the vine swinging – and I think the launching of the saucer at the end is rather beautiful.

Let’s have a look at the things we associate with an Indiana Jones film.

That list could go on, and Crystal Skull would tick all the boxes. And come on, if this isn’t the most iconic shot of all the movies, I don’t really know what is. 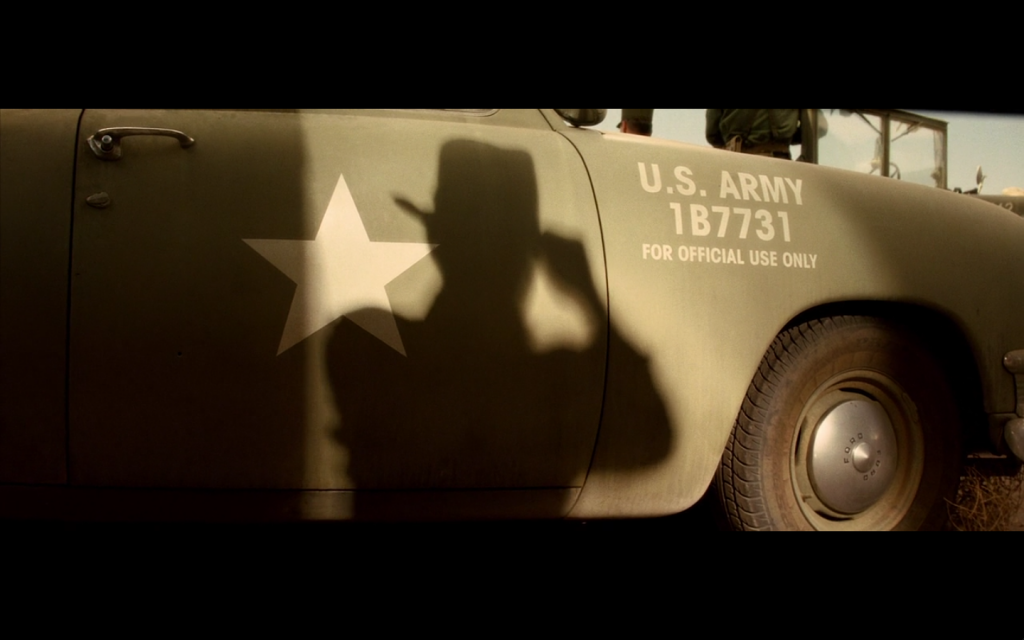 Up to this point, we have bought into the existence of the Ark Of The Covenant filled with Godless waifs who incinerate anyone who looks at them, a man having his heart pulled out of his chest and surviving, a nine hundred year old immortal knight, the Holy Grail, Indy being dragged under a truck and only having a sore lip, surviving an ocean trip strapped to a periscope, surviving incinerating Godless waifs by keeping his eyes shut, stopping a speeding mine cart with his foot, falling from the tenth storey of the Obi-Wan Club, falling from a plane using a rubber dinghy, somehow surviving the sinking of a ship in a stormy sea, and managing to jump clear of a tank as it clears the edge of a cliff.

What about the fridge? 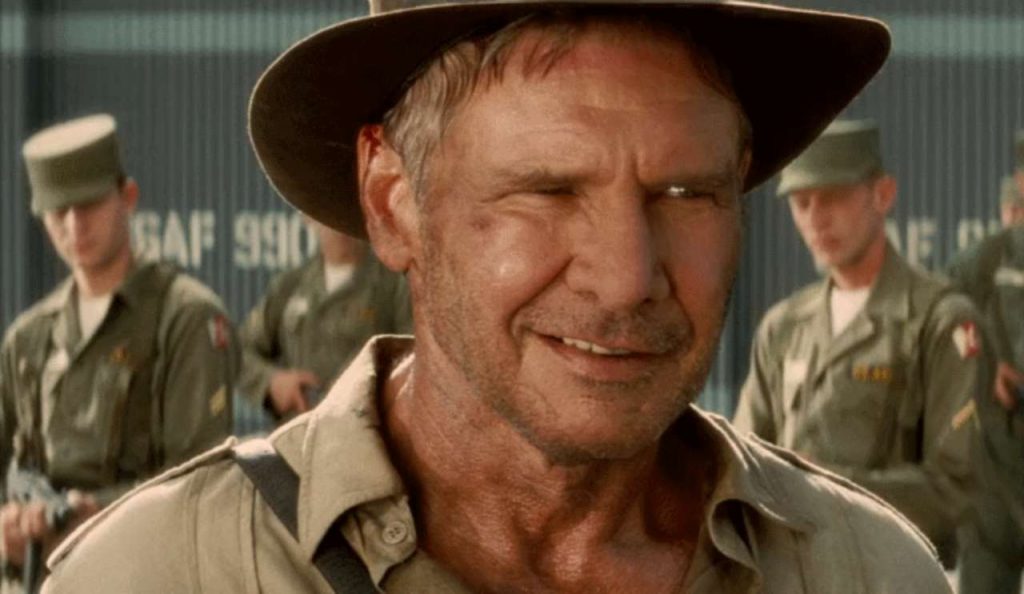