What’s the best scene in Indiana Jones And The Last Crusade?

You’re quite right, it’s this one.

But why is it so good?

This scene has an awful lot of legwork to do, and it does it all rather well. The best two ways to get exposition across is through humour and conflict, and if you can combine the two, even better. But it’s not just exposition being handled here, it’s setting up an important character dynamic that has only been hinted at before now. Bear in mind, we don’t meet Henry Jones until nearly halfway through the film, but he’s been looming over it ever since the first sequence.

He has to be imposing over Indy, a character we already know and love, and who we know to be far from cowed by anything. And he has to be likeable. And we have to learn about their relationship. And we have to realise why Indy would go out of his way to save his Father, whom he doesn’t get along with. There’s so much going on, and it’s artfully handled with humour.

If your important scene is flat, add some funny. It will make it better. 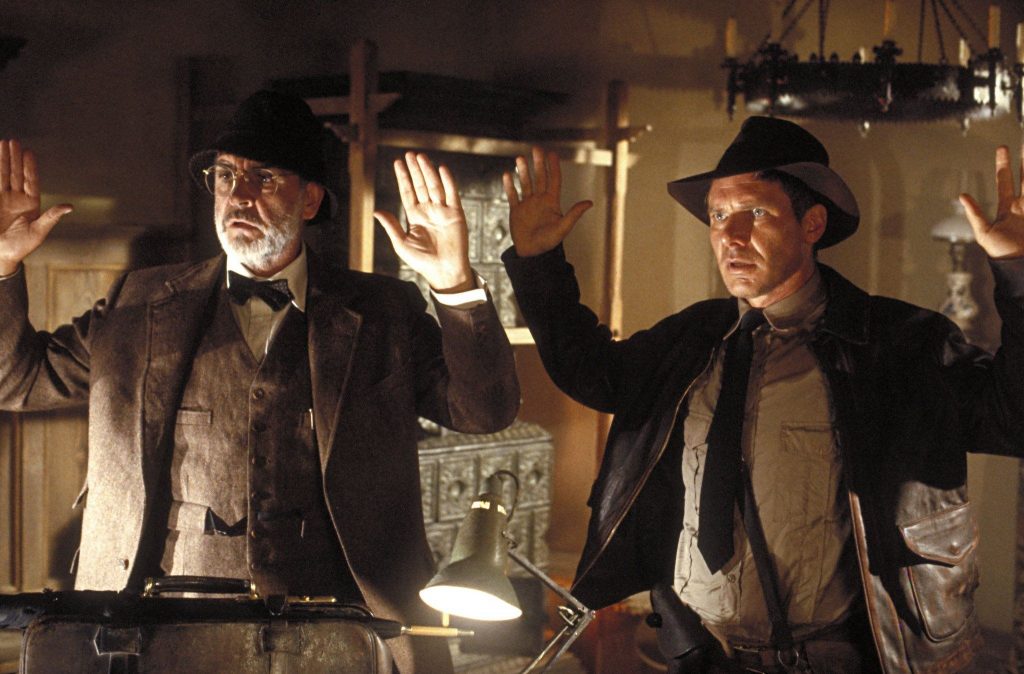