It’s been a while since we delved into a vintage magazine from the 1990s, so let’s have a look at TV Zone issue 53. The cover features Quantum Leap and a teaser for Stanley’s Dragon. 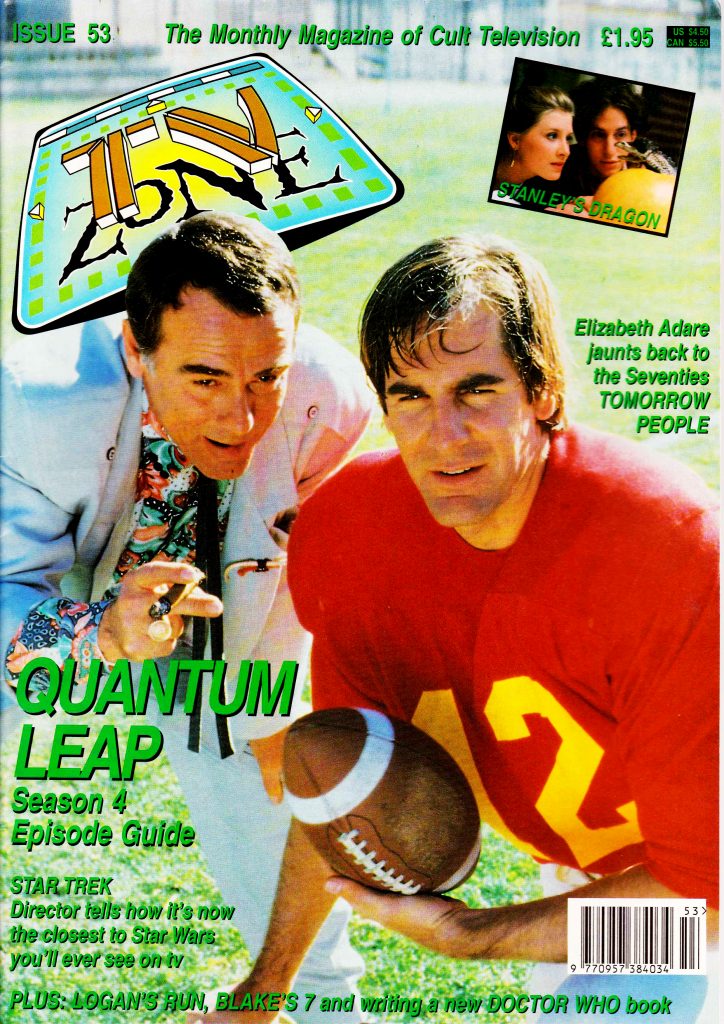 Inside, on the first page, we find this little ditty about the new Volkswagen Golf advert, featuring a blatant rip-off of Doctor Who. 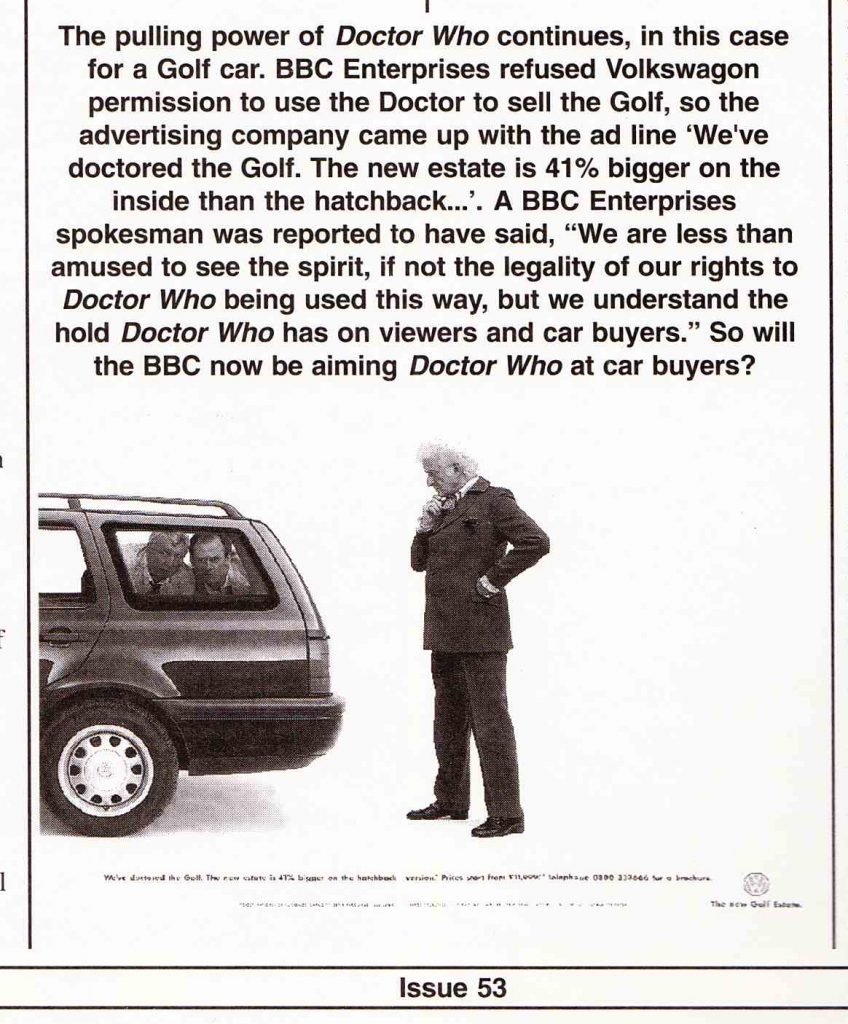 I can’t really make it out, even in the original, but I assumed those were lookalikes, and not the real actors. But it seems not, judging from this alternate version.

Moving on, there’s mention of a new ITV show called Chiller(s) (sic). This finally aired in March and April of 1995, and featured a script by Anthony Horowitz. 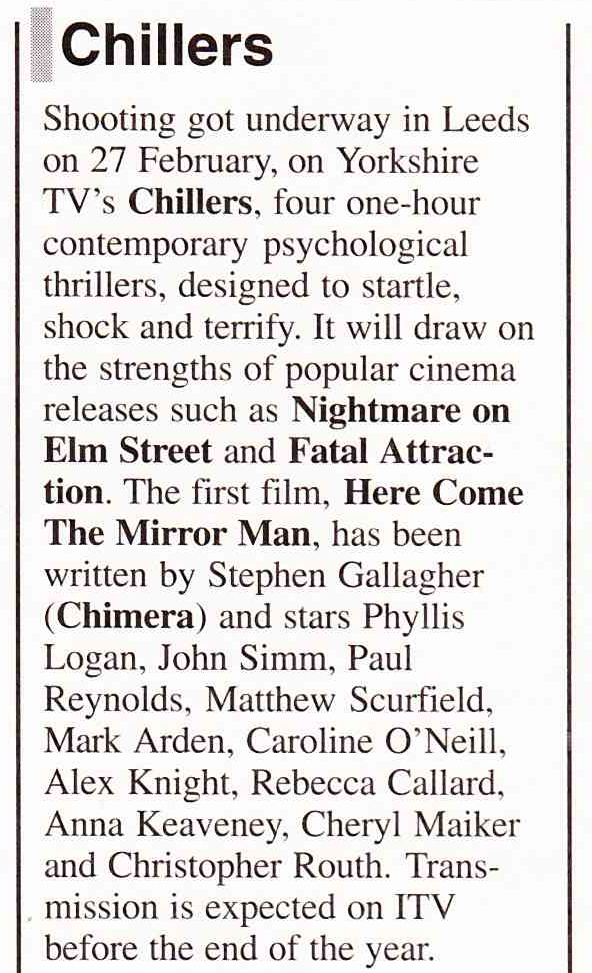 And here’s the official trailer for the Network DVD release.

Just in time for Halloween too.

In amongst the vitriolic anti-US sentiment strewn letters page (check out the haughty rant above our actual letter) … there’s a little nugget recommending an Australian show called Mission Top Secret. 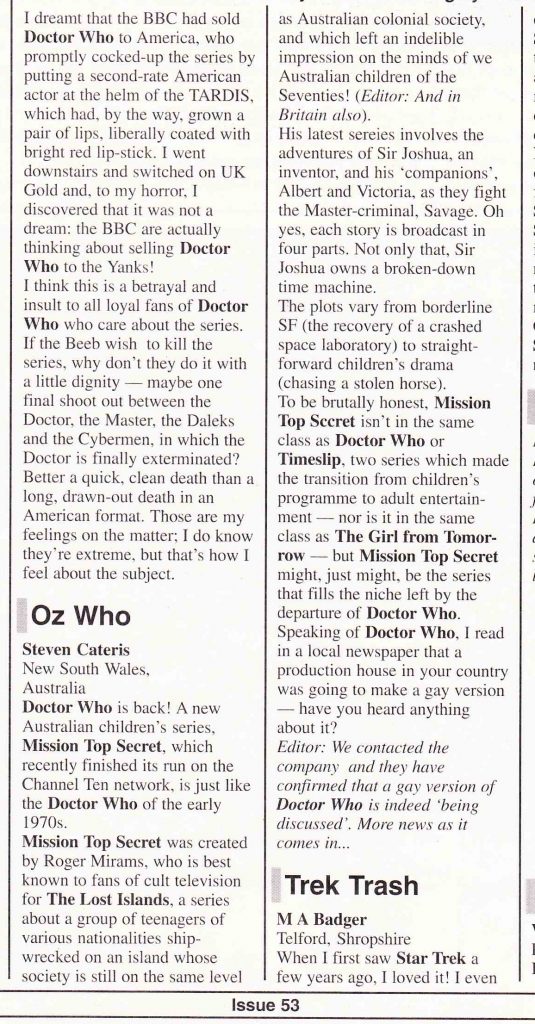 And here’s episode one.