A year before he started co-hosting The Big Breakfast, Chris Evans was doing this …

TV-MAYhem was the ill-fated replacement for Hey, Hey, It’s Saturday! at the time when TV-AM was about to lose its ITV morning franchise. It lasted six weeks, before being replaced by the ever cheaper Let’s Just Show Cartoons And Nothing Else, before TV-AM finally vanished from our screens.

It put me in mind, for some reason, of the BBC’s summer replacements for their flagship shows Going Live! and Live & Kicking. Here’s On The Waterfront, which featured Andrew O’Connor and Kate Copstick:

I don’t remember much about this, except for a vague recollection of the title sequence, which I think might be a play on the This Morning titles of the time. I do remember The 8:15 From Manchester though.

Perhaps I should have done this on a Saturday. 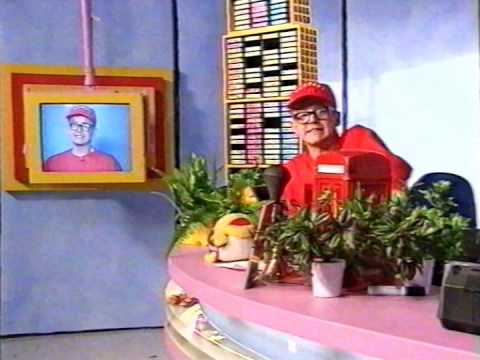 Fry And Laurie The Smarter Advertisers