Even by my standards this one is a wee bit niche.

I’m slowly, oh so slowly, re-watching all of the incarnations of Star Trek at the moment, and as I watched an episode of The Next Generation, I noticed something odd about the viewscreens. This is how we traditionally see them. 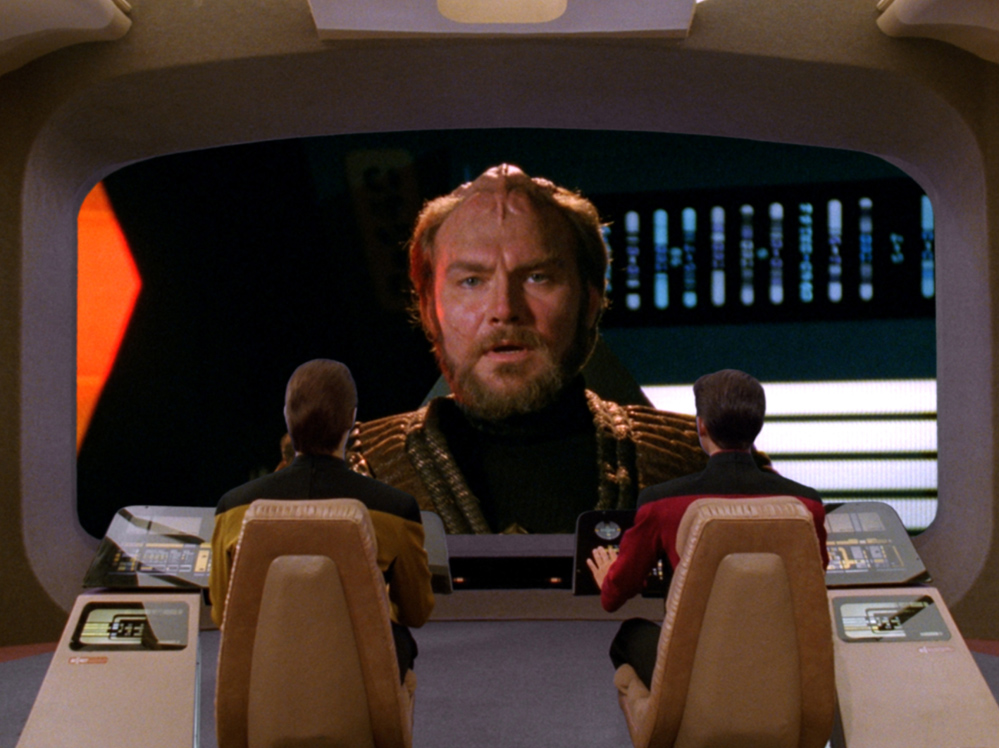 Which is how we’d expect to see it. The person/alien on the other end of the line looking directly into the camera as everyone on the bridge looks at the screen, and presumably at their own camera embedded somewhere to the fore. It’s how we all know Skype and Facetime works. Except, sometimes, there’s this. 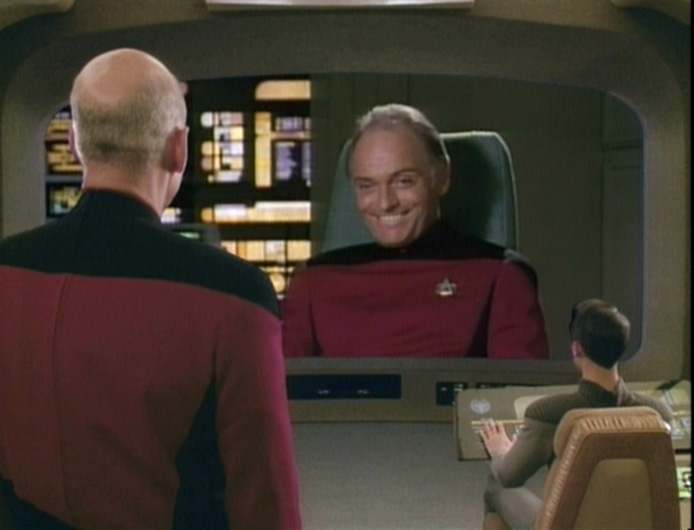 If it’s not clear what I’m talking about, take a look at this more extreme example. 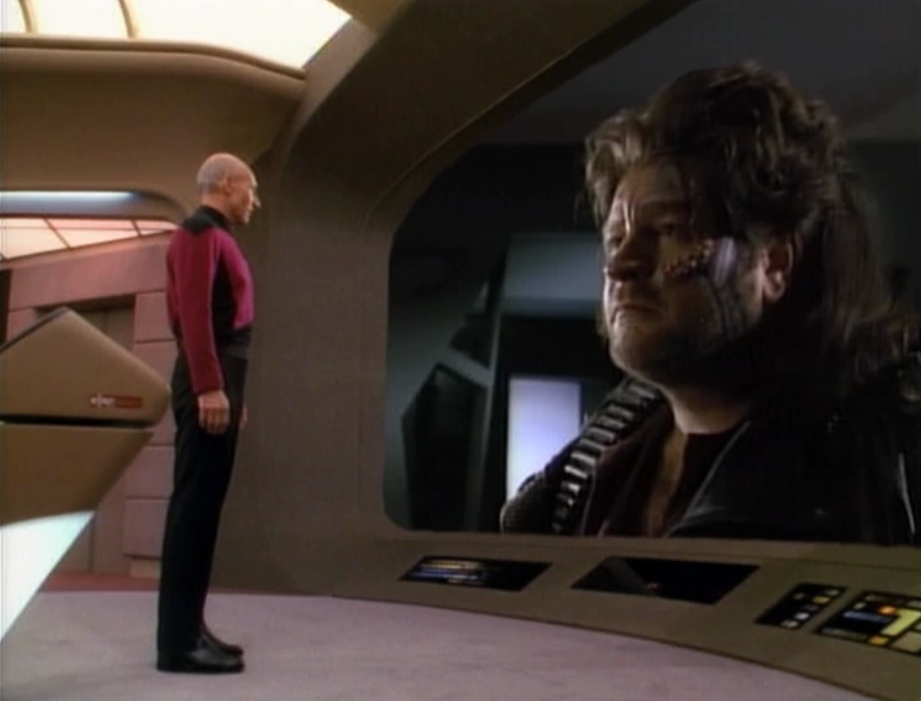 For some reason, the producers have decided to match the eye-lines. It looks odd to our contemporary sensibilities, but probably seemed fine in the early 90s before we all learned the grammar of talking on screens. To us now, it’s clear the alien’s face should still be shot straight on, but back then, it seemed natural to match the camera angles. So, as above, over the shoulder shots line up as if they are being shot for reverses (even though by the very same logic, it’s wrong for Wesley in that shot). 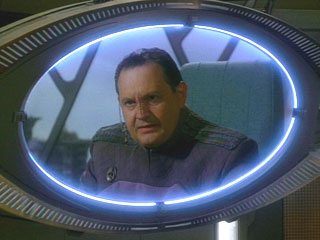 And possibly into Voyager too. 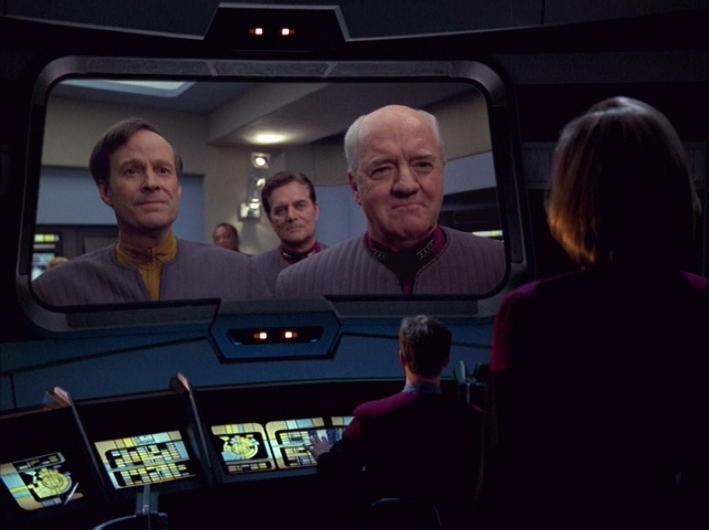 I’m not going to get into the comparisons of the original series, the Kelvin timeline, or the NX-01 screens, because that would be ridiculous. 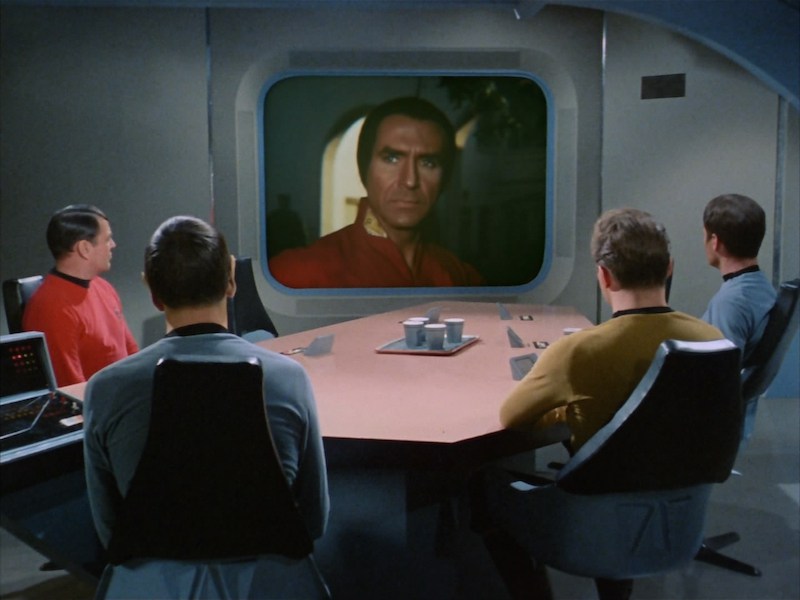 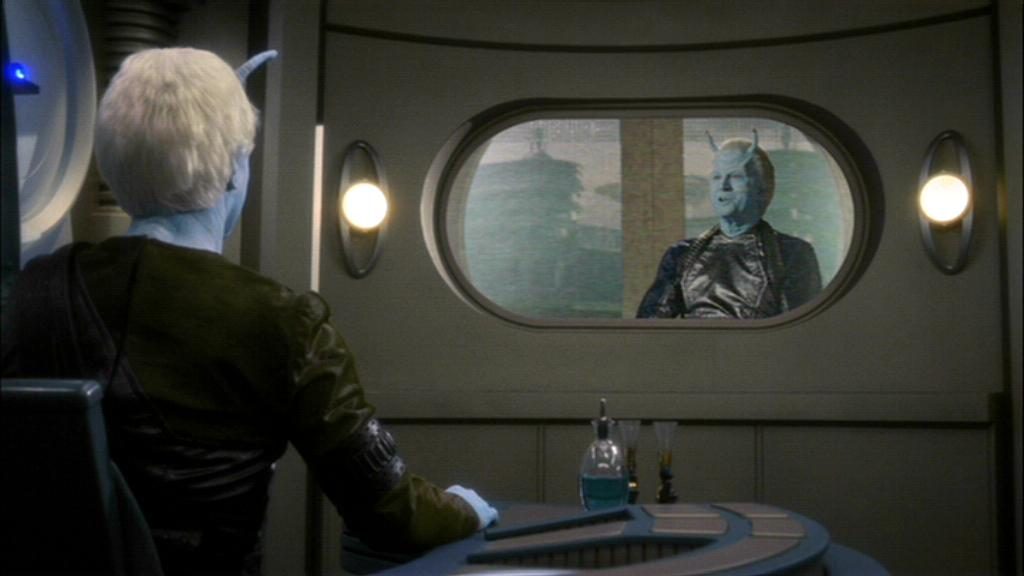 French & Saunders On This Morning