Here’s the title sequence for the Peter Cook CBS sitcom The Two Of Us.

According to Harry Thompson’s excellent biography, Cook “made a curiously camp and aggressive butler.” Cook himself said of the role:

This is not acting. I’m just being English. I don’t have to dredge deep within my resources to be sardonic.

After a writers’ strike delayed work on the show after the first pilot, CBS ordered some more test shows to find a suitable co-star. After two more shows, they picked Mimi Kennedy, and when it aired, the show was an instant hit, garnering excellent reviews and huge ratings. This hadn’t been in Cook’s plans.

I did the pilot never believing for a moment it would go into a series … my only hope is that after thirteen weeks and vast critical acclaim it would be cancelled.

He nearly got his wish though. The show lasted two seasons, barely, seeing a sharp decline in ratings, and being cancelled due to its poor performance. 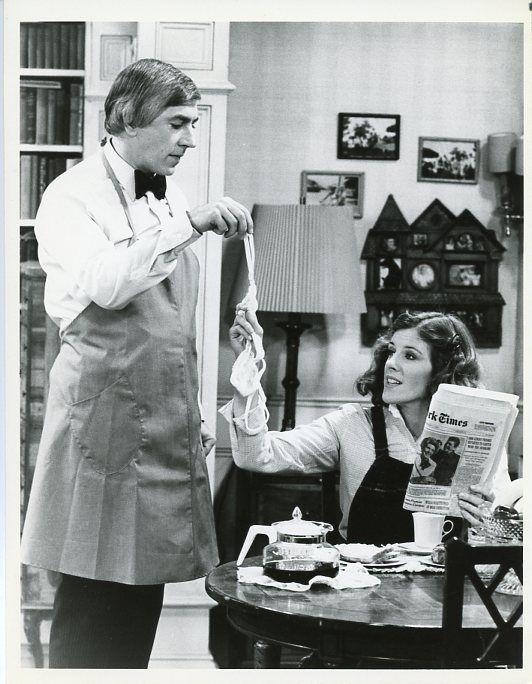