Watching the Comedy Connections episode about Are You Being Served?, I learned two interesting facts. First, the initial idea for the show came from Joanna Lumley, who was encouraging her then husband Jeremy Lloyd to write about something he knew. Apparently he used to work in a store like Grace Bros., and had a lot of good stories about his time there.

Second, I found out that this exists:

John  Inman went to Australia and made 12 episodes of their remake. It was directed by Bob Spiers, who had directed episodes of almost every sitcom ever in the UK, and aired on Network Ten in 1980. It hasn’t been repeated anywhere since. 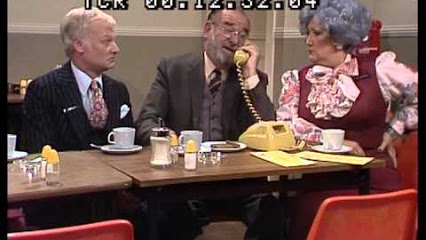 5 Interesting Things About The Wire