Whoops, there’s been an apocalypse. No, not the Renwick & Marshall satire for ITV, but the short-lived Fox sitcom called Woops! I wonder why there’s no H in it.

Starring a barely recognisable Evan Handler, Woops! aired at the end of 1992, and was created by Gary Jacobs, who has previously worked on Newhart and Empty Nest. It’s an oddly traditional sitcom, where the setting kind of sits wrong with the studio feel. Maybe this one would have done better as a single camera production? 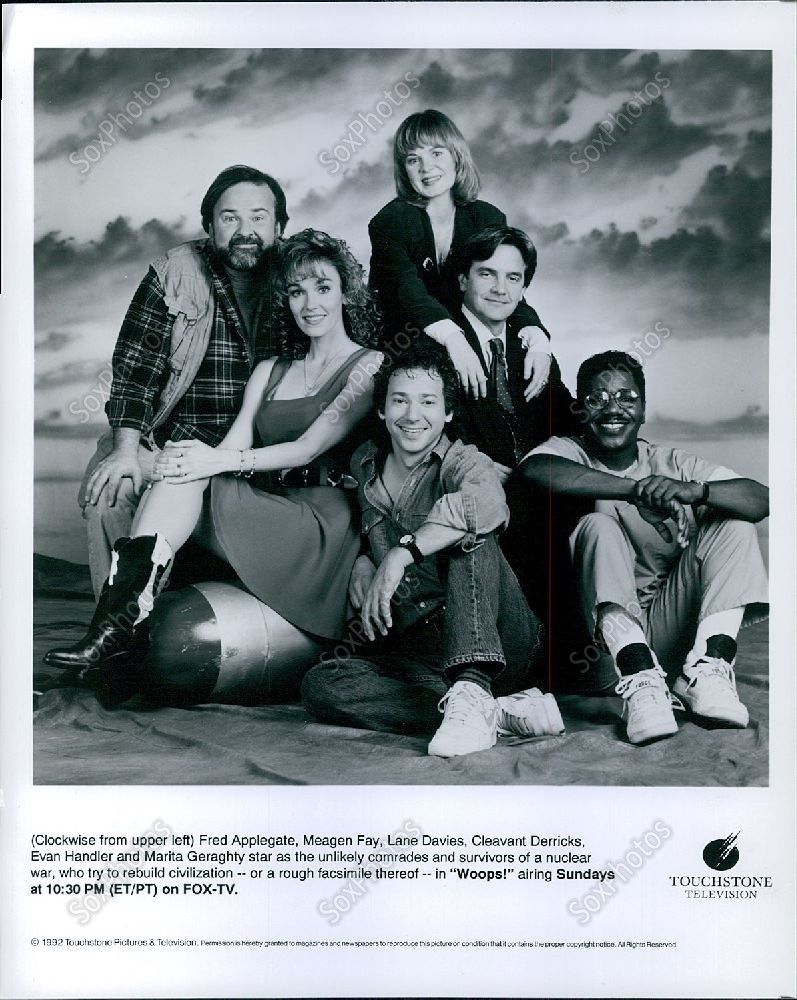 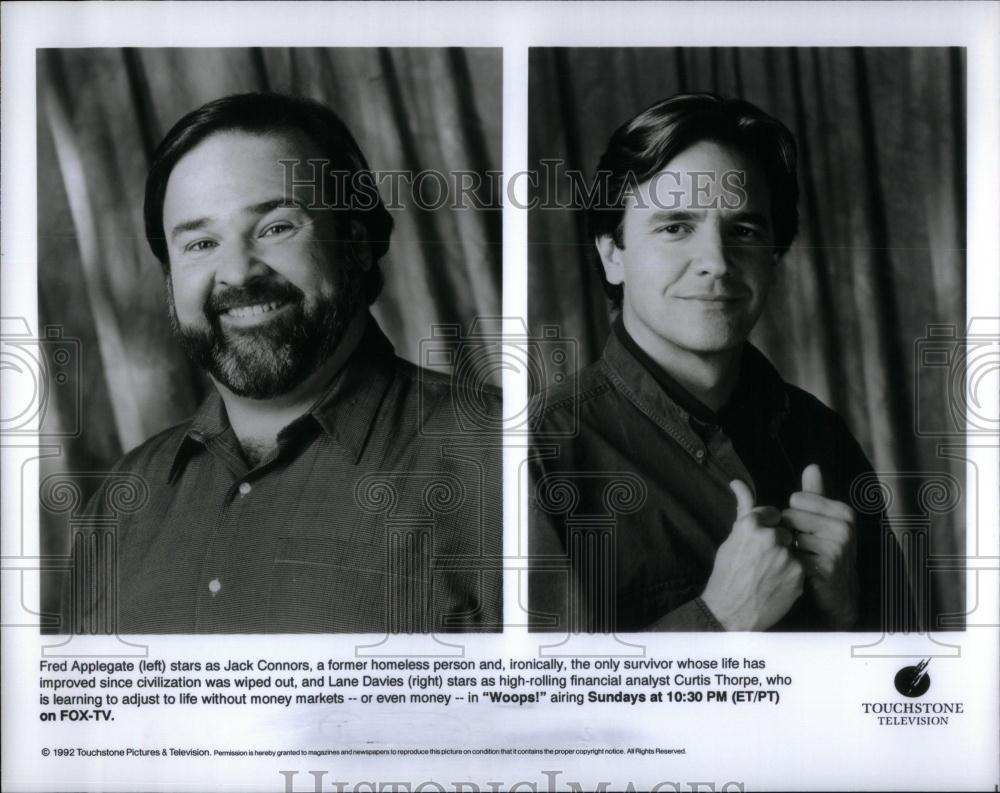 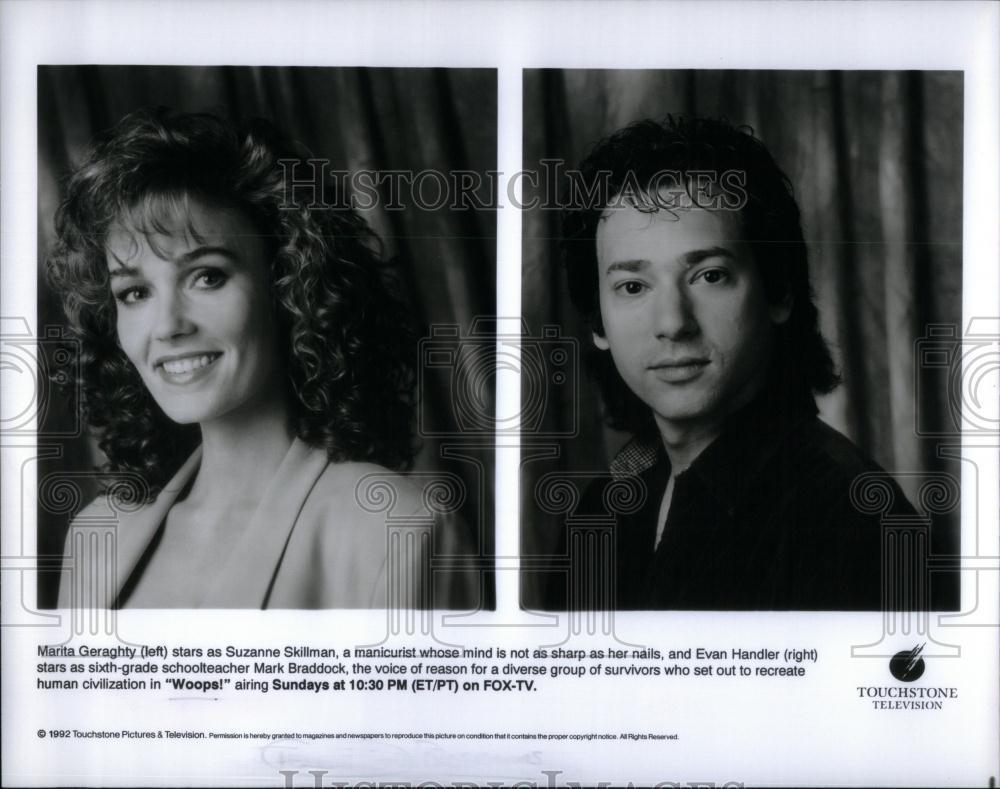