A few years after the success of Dinosaurs, The Jim Henson Company tried its hand at another live action/animatronic sitcom. Aliens In The Family last for two episodes on ABC in 1996, before it was pulled from the air (it returned later on Saturdays to finish its short run).

Created by Andy and Susan Borowitz, the show featured in the TGIF strand alongside the newly launched Muppets Tonight.

One of the alien characters was Bobut, an infant with a high IQ who was constantly plotting to rule the world and bestow nasty fates on everyone he lived with. Here’s a picture of him. 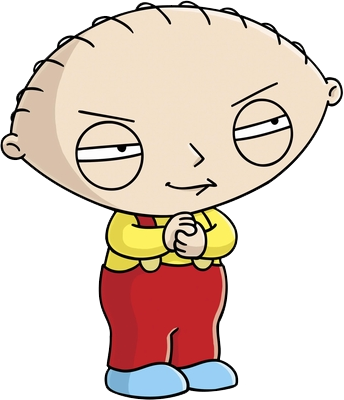 Only joshing. This was an alien who lived among humans. This is what he looked like. 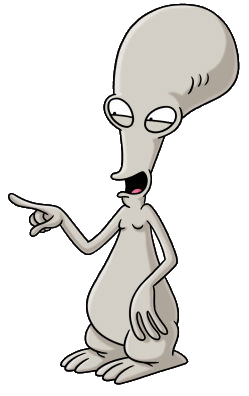 Oops, wrong picture again. THIS. This is what he looked like. 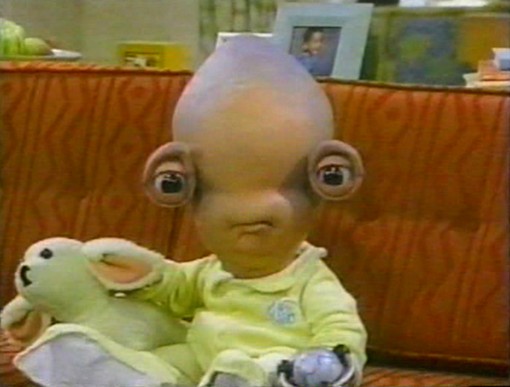 Urkel, of all people, didn’t like the show, blaming it, among others, for Family Matters move from ABC to CBS.

When TGIF started off, it was designed to be a night for families, for mothers, fathers, everyone at the end of the week to gather and watch television programs that were wholesome and good enough for everybody. And somewhere along the line, Winnie the Pooh and the Muppets started emerging around us and it became kids’ night. And we lost a lot of credibility.

Anyway, here’s a clip from Aliens In Family, where Bobut is dressed up like ET.

What’s The Opposite Of Worf?