This is a story about the dangers of procrastination and a stalk-eyed trash dwelling monster.

Whilst writing a short story (something I do sometimes when I’m trying to find the shape of a story for a script), I came to a line of dialogue that made me stop and think, “What’s the proper name for the trash compactor monster in Star Wars?”

A bit of Google-Fu later, and I learned that it was called the Dianoga (except it might not be, but we’ll come to that). I inserted the word, and carried on writing. A paragraph later, I looked up again and thought, “Hmm, I wonder if they would know the name of it in 1983.”

I should have shook my head, and carried on. I knew I was going to cut the line later anyway, and that ultimately it doesn’t matter because the short story isn’t for public consumption. The only person who is going to nitpick the line I’ll be cutting is me.

I should have left it at that.

Instead, I opened up Twitter and tweeted: Would someone in 1983 know the Star Wars garbage compactor monster was called a Dianoga? ie, when was it named?

Turns out this is a much more complicated question than I realised. My presumption was that the Kenner toy would have named it – this is the only way any of us knew they were called Ewoks after all – but while they did release a toy, it was merely called Trash Monster. 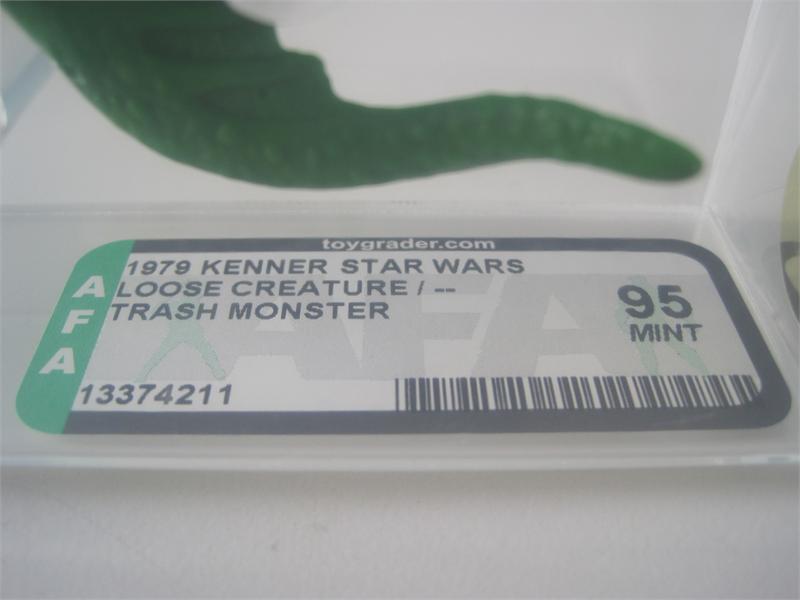 Meanwhile, a few replies had trickled in, some mentioning they knew the name from somewhere, possibly from the novelisation, possibly from a comic. Some even said it was the first time they had ever heard the word Dianoga. When I mentioned the novelisation myself, my friend pulled out a copy of the book, and poo pooed the theory with actual evidence. 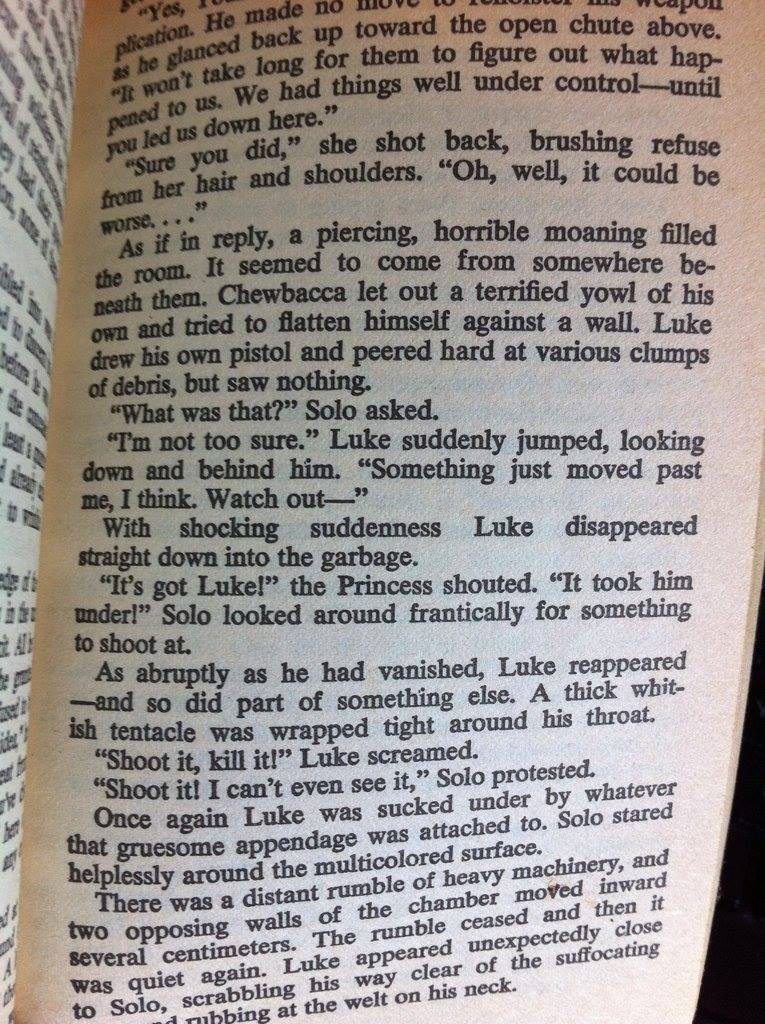 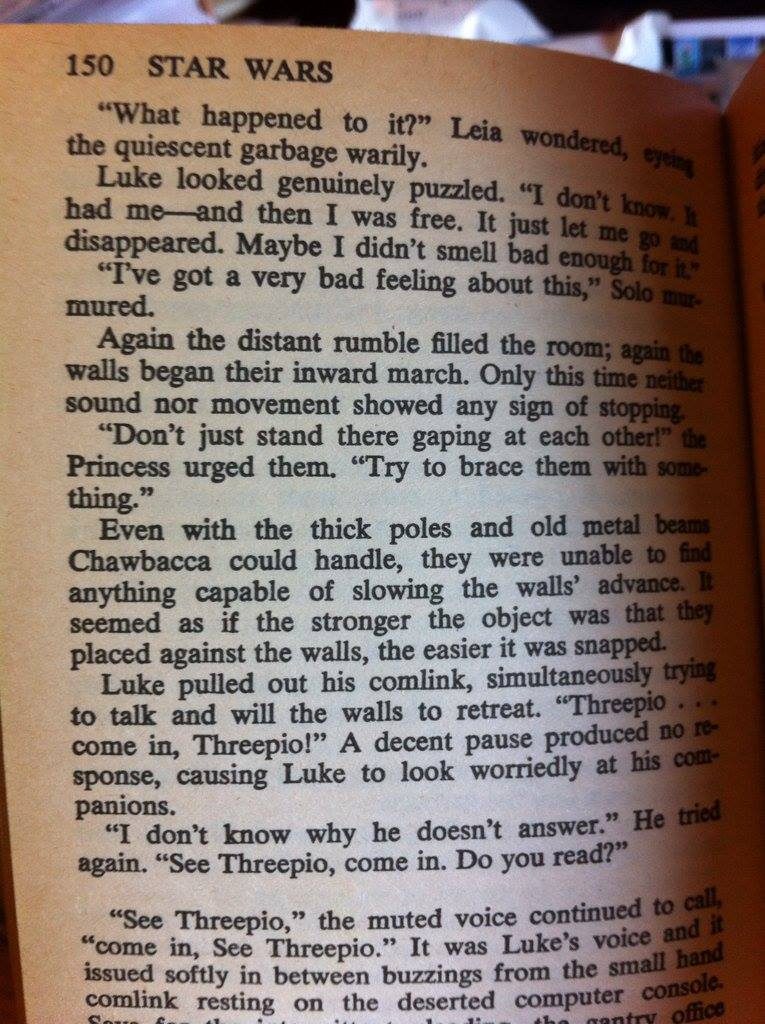 Well, not that then.

That’s when I found this video.

So, it must be in the script then … 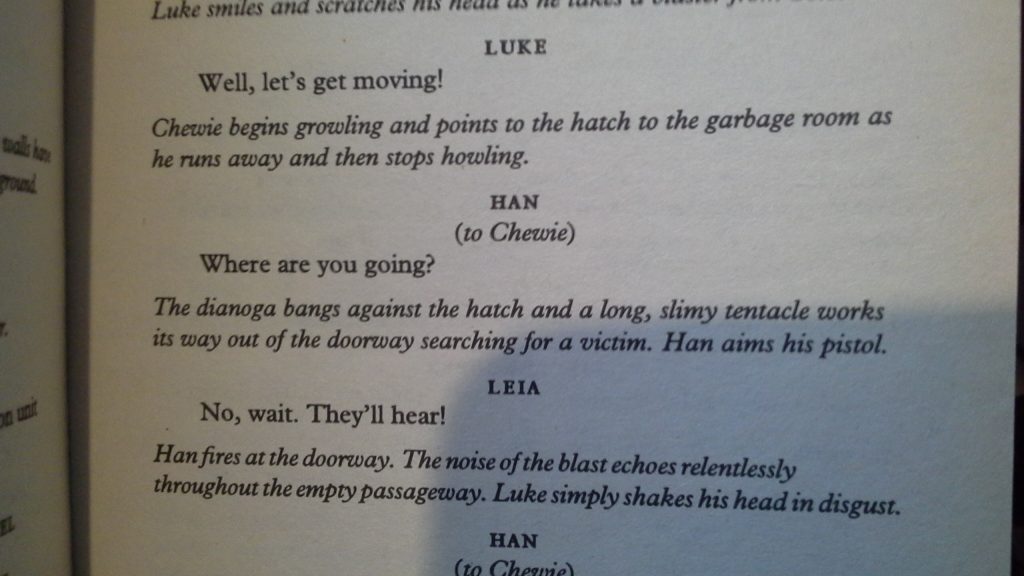 All very interesting, but it doesn’t answer the original question. Would anyone have known its name in 1983? Those scripts wouldn’t have been published at that time, and anyway, the one that was published in the 1990s was a polished up version of the shooting script.

An hour later … at the bottom of the rabbit hole … I found a book published in 1984 that appears to be the first public mention of the name. 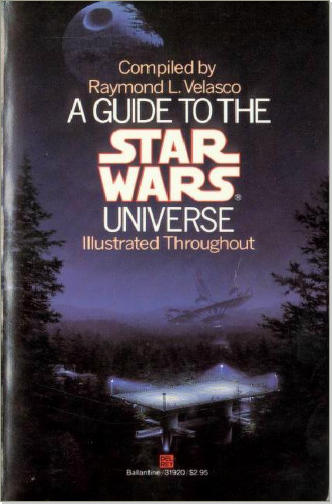 So, does that answer my question? Probably not. Some people are now bound to come and give me three different definitive answers. I shall just play with this instead.

What did I learn?

STOP PROCRASTINATING AND GET BACK TO WORK.

About Writing: The Tyranny Of Reasonable Voices