At the start of the 1990s, Hollywood was going spec script crazy. They were paying Shane Black and Joe Ezsterhas millions of dollars for screenplays like Showgirls and The Last Boy Scout. In all, Ezsterhas reportedly sold $26 million dollars worth of Courier New words, half of which never got made.

Amongst all this, a screenplay called The Cheese Stands Alone, by Kathy McWorter, became the first comedy to sell for seven figures, and promptly never got made. It was rather good apparently.

Perhaps the most infamous of these development hell purchases was The Ticking Man. It’s notorious because of the way it was send out to readers, with an actual ticking clock sent a week beforehand. I wonder how many of those alarm clocks are still sat beside beds?

It was written by Brian Helgeland and Manny Coto. Helgeland went on to write LA Confidential, Mystic River, and Conspiracy Theory, as well as many more. And Coto would later write for 24. 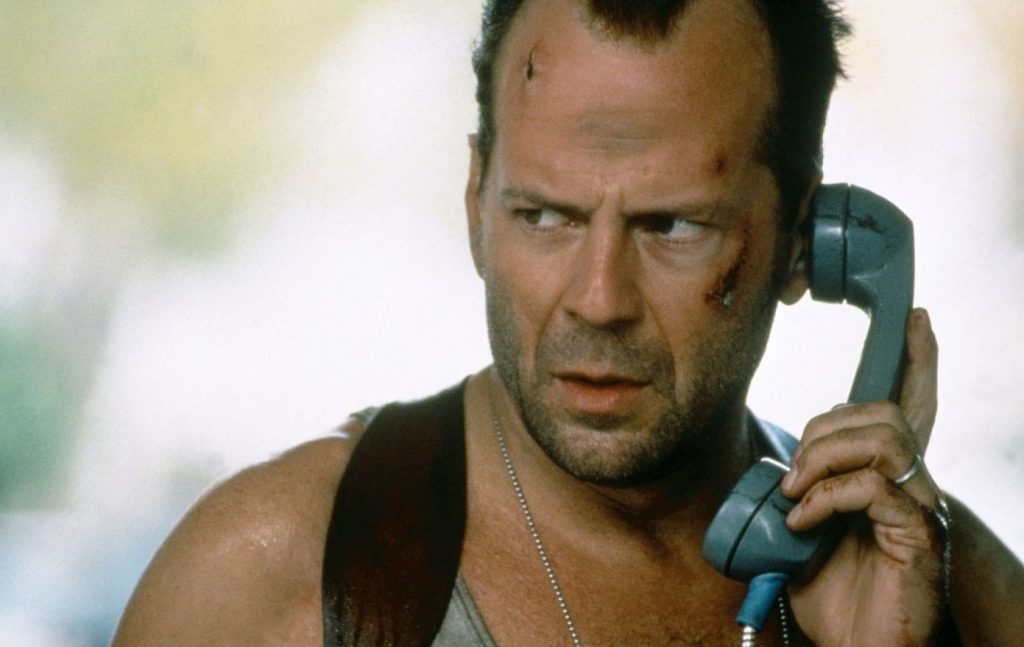 And, like all big budget action scripts from the early 90s, Bruce Willis was attached to star.

So, imagine that during the height of the Cold War, someone had built a weapon into a shell that can pass as human, and put a nuclear warhead in its chest. The idea being that it could innocently walk into the middle of any city and detonate itself.

Then imagine that the Cold War ended, and this machine knows its about to be decommissioned. It escapes, and tries to carry out its mission.

And then send a short-tempered Bruce Willis off to catch and stop the machine he himself created.

I’d even settle for just reading it.

But I can’t find it anywhere. If you know where I might grab it, please let me know. Like wise another lost Helgeland script Elementary.

But back to The Ticking Man.

To this day, screenwriter Brian Helgeland isn’t really sure why “The Ticking Man” was never made. Helgeland and co-writer Manny Coto were so confident about their material that they even made a documentary film about how they wrote a $1-million screenplay.

Today, Helgeland says that whenever he runs into producer Larry Gordon […] he asks him about “Ticking Man.”

And now I want to see that documentary they made too.

Brian Helgeland and Manny Coto conceived ”The Ticking Man” in a telephone conversation after Mr. Helgeland joked, ”Let’s not hang up the phone until we come up with an idea we can sell for a million dollars.”

Says Mr. Helgeland: ”We started throwing bad ideas at each other. Then Manny said, ‘What if a nuclear bomb become sentient?’ Within minutes we had our robot.”

Simple as that really.

Live Long And Prosper Forth