Apparently, no one knows who invented deodorant. Seems a bit far fetched to me, considering the first trademarked deodorant was released in 1888. Someone must have the paperwork for that, surely. It was called Mum, and was invented by an unknown person from Philadelphia. It was a paste you glooped under your pits. No idea why it was called Mum.

The first antiperspirant came out in 1903, and was called Everdry – a misnomer if ever there was one, because it never actually dried, and had a side effect of stinging the wearer, and eating through their clothes. Good product.

The modern formulation for the sweat buster was concocted in the 1940s, and released as Stopette. The brand went on to sponsor What’s My Line? And the first roll-on was inspired by the ball-point pen.

And here’s how Tickle decided to market their product …

Advertising had come a long way in just 15 years. 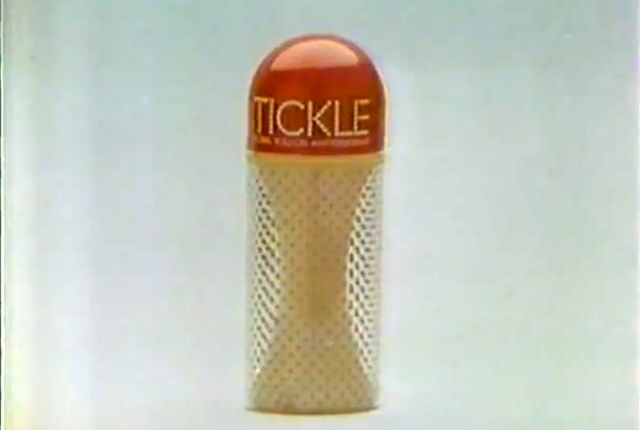