The telly had been lying to me for years. Now, I knew obviously that these were TV edits, rendered mostly unwatchable by cuts for language and nudity – I only had to watch Axel Foley saying “get the Hell out of here” over and over again to know that – but some films, ones I thought were family films – had been butchered too. Witness:

So, here are five more excised scenes from movies I didn’t even know were cut.

There’s a SIX MINUTE scene that was removed from the TV version, that very nearly didn’t even make it into the theatrical version, where Mahoney self-fellates in graphic detail. SIX MINUTES. No wonder he didn’t work much after that.

Turns out, after telling the old lady to sew like the wind, Martin Short then screams at her like the Sergeant in Full Metal Jacket, using any number of insults including something about a prolapsed anus.

We all know that Eddie Murphy plays every single role in the film, even Samuel L. Jackson’s debut in a movie, but did any of us know that the BBC removed the entire opening sequence because it featured nothing more harmful than Akeem being tutored by Semmi in the art of Shibari.

Back To The Future 2

Marty McFly has full on sex with his silicon enhanced mother – deemed unsuitable for Christmas afternoon viewing. I think my gran would have enjoyed it though, especially the bit with the soap. 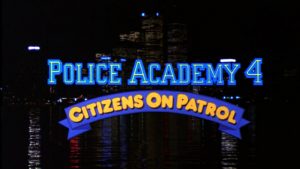 But sometimes, they shoot the alternate version themselves … and it’s just as bad.